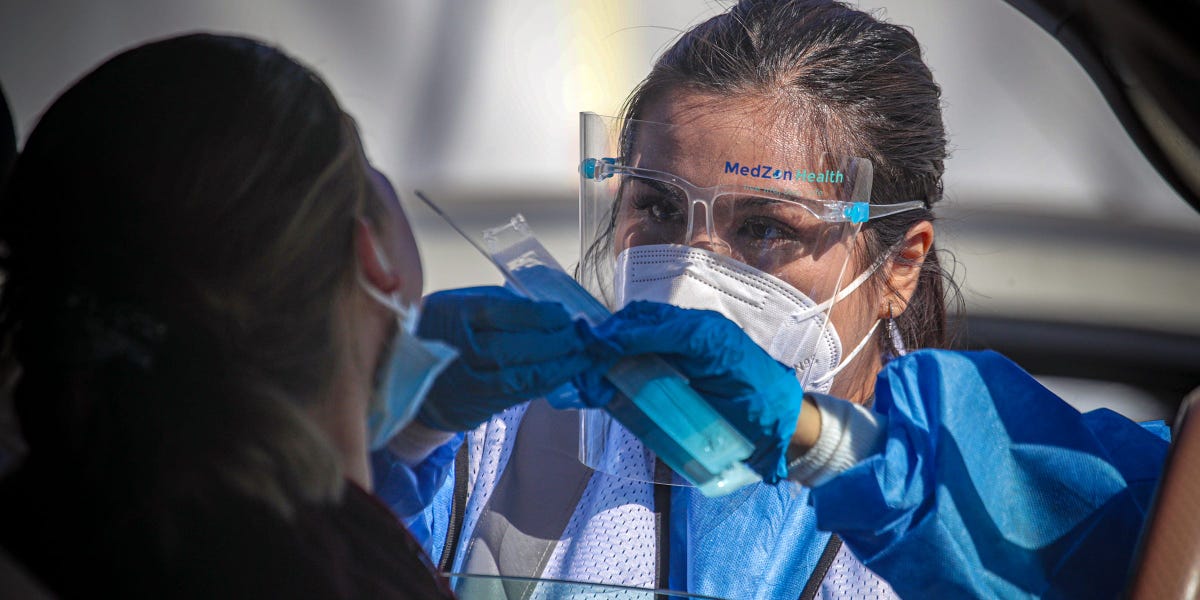 A more contagious Omicron subvariant is now dominant in the US, according to the latest data from the Centers for Disease Control and Prevention.

The subvariant, called BA.2, now accounts for nearly 55% of the nation’s COVID-19 tests that have undergone genetic sequencing, the data shows, although levels vary from state-to-state.

BA.2 had already become the most common cause of new COVID-19 infections in northeastern states.

Dr. Anthony Fauci, President Biden’s chief medical advisor, has said that the subvariant could cause an uptick in cases in the US, but he doesn’t think it would cause another surge.

“The bottom line is we likely will see an uptick in cases as we’ve seen in the European countries, particularly the UK, where they’ve had the same situation as we’ve had now. They have BA.2. They have a relaxation of some restrictions such as indoor masking and there’s a waning of immunity.” he told ABC News March 20.

In the UK, BA.2 has spread 75% faster than the formerly dominant BA.1 Omicron subvariant, according to official data from the UK Health Security Agency. But it hasn’t caused more hospitalizations and doesn’t appear to escape the immune response from vaccines or previous infections. Insider has previously reported that lab studies indicate a previous BA.1 infection will offer some protection against BA.2, though it’s unclear how long this protection lasts.

As of Tuesday, the weekly average of new cases per day in the US was 26,000, according to Johns Hopkins University, but the numbers are probably higher than not everyone infected with the virus gets tested. Cases last peaked in January at more than 800,000 cases, the data shows.

Fauci said the “easiest way” to prevent another surge was to get people vaccinated and boosted.

As of Monday, the CDC said that Americans older than 50 with underlying medical conditions, and everyone over 65, “may” get an extra second booster shot to bolster immunity against COVID-19.

About 65% of Americans are fully vaccinated and around 44% of those eligible have had a first booster, CDC data shows.