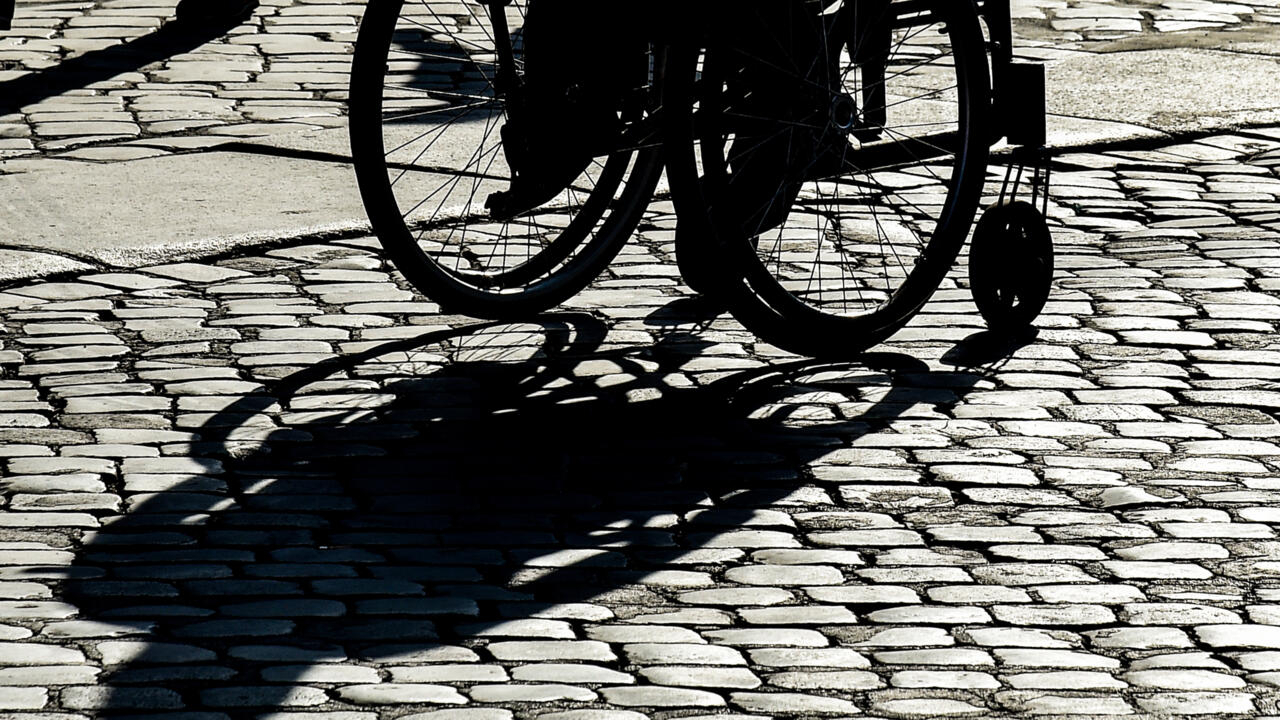 Paris (AFP) – Patrice Abela first knew something was wrong when his eldest daughter was learning to walk and her feet left trails of blood behind her, yet she showed no sign of distress.

She was soon diagnosed with congenital insensitivity to pain, an extremely rare and dangerous genetic disorder that dooms sufferers to a lifetime of hurting themselves in ways they cannot feel.

Abela, a 55-year-old software developer in the southern French city of Toulouse, then watched in horror as his youngest daughter was revealed to have the same condition.

Now aged 12 and 13, the two girls spend around three months of every year in hospital.

“When they take a shower, they perceive hot and cold, but if it burns they don’t feel anything,” the father of four told AFP.

“Due to repeated infections, my eldest daughter lost the first joint of each of her fingers. She also had to have a toe amputated.”

Repeated knee injuries have left both girls only able to move around using crutches or a wheelchair.

Abela said they may not feel physical pain but lamented their intense “psychological pain”.

Aiming to raise awareness about the disease and “challenge the scientific community”, Abela plans to run the equivalent of 90 marathons in fewer than four months. He plans to start on April 12, following the route of this year’s Tour de France from Copenhagen to Paris.

There are only a few thousand known cases of the condition worldwide. The low number is believed to be partly due to sufferers often not living into adulthood.

“Pain plays a major physiological role in protecting us from the dangers of our environment,” said Didier Bouhassira, a doctor at the center for pain evaluation and treatment at Ambroise-Pare hospital in Paris.

In the most extreme cases, babies will “mutilate their tongue or fingers while teething”, he told AFP.

Then comes “a lot of accidents, burns, walking on fractured limbs which heal badly”, he added.

“They have to be taught what is innate in others: to protect themselves.”

But when there are no warning signs, danger lurks everywhere.

Appendicitis, which announces itself in others via symptoms like pain and fever, can fester into a devastating general infection of the abdomen.

“Blindness can also occur because the eye must always be kept moist and the nervous system controls these processes via the so-called blink reflex,” said Ingo Kurth of Germany’s Institute of Human Genetics.

Congenital insensitivity to pain (CIP) was first recognized in the 1930s, and numerous studies have since identified a genetic mutation that blocks a person’s ability feel pain.

“We have learned that there are now more than 20 genetic causes of congenital or progressive insensitivity to pain,” Kurth told AFP.

There is no cure and “no real drug breakthroughs have been made so far”, Kurth said.

“But our understanding of the molecular causes of CIP continues to reveal new targets, and based on this, hopefully new therapies will be developed in the coming years.”

There are also hopes that studying how CIP works could lead to the development of a new kind of painkiller, prompting huge interest from pharmaceutical giants seeking a fresh product in the billion-dollar industry of pain relief.

In this way, the unlucky few with CIP could contribute to the creation of a treatment that would help everyone in the world — except themselves.