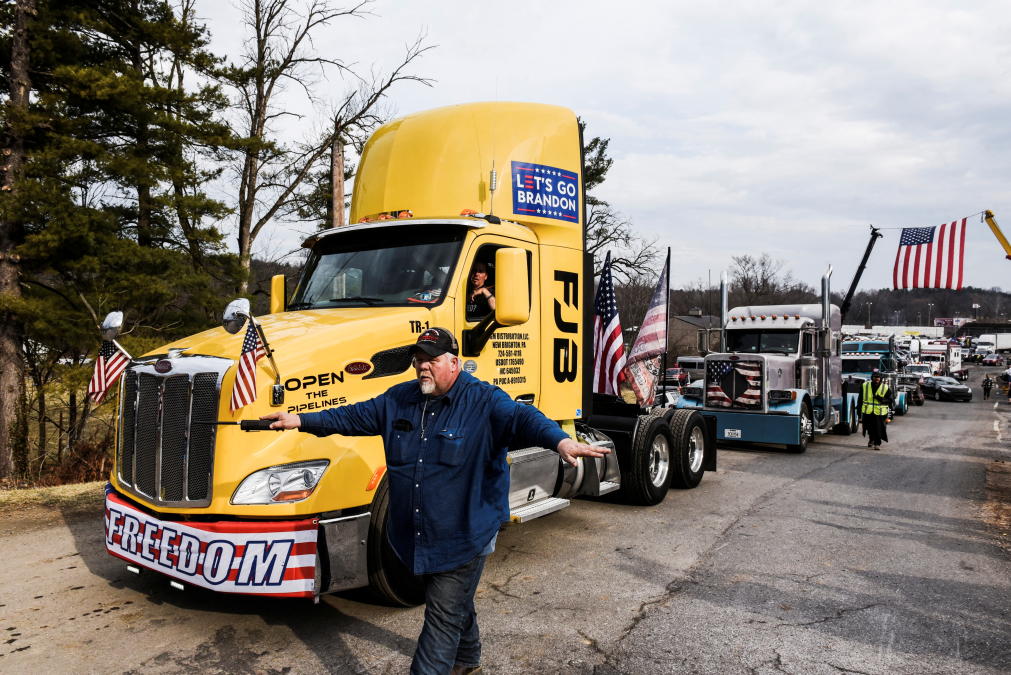 After three weeks of holding up traffic on the DC Beltway, the so-called “truckers’ convoy” is moving on from Washington DC, for now.

One person who will clearly not miss them is Transportation Secretary Pete Buttigieg, who oversees the trucking industry and is currently in the middle of an effort to recruit more drivers to the field.

He says the right-wing protest group, which originally formed to protest coronavirus mandates, is not representative of truckers overall.

“I don’t want a handful of people to be viewed as if they somehow speak for an industry because the good name of the transportation trucking workforce is worth a whole lot more than a few extreme voices,” Buttigieg said during a Yahoo Finance Live interview on Monday.

The Secretary spoke to Yahoo Finance Monday after an event with President Biden to all the administration’s accomplishments for truckers. They in front of multiple trucks gathered on the White House South Lawn to highlight progress in the industry and try to recruit more drivers like Maria Rodriguez, an apprentice truck driver and immigrant from Venezuela, who spoke alongside Biden and Buttigieg.

“I thought I was going to get to drive one of these suckers today,” Biden quipped while surveying the big rigs.

‘This industry frankly needs to do more’

After failing to accomplish its stated demands, the convoy says it is now heading to California to protest Coronavirus bills, but promises to return to DC to “finish this job,” says co-organizer Mike Landis.

The protest became notable for its wide-ranging incendiary commentary. At one point during its DC visit, a speaker said that Black Lives Matter Plaza in Washington would be “tarred and feathered,” and at another point protesters threatened Washington’s mayor. Members of white nationalist groups like the Proud Boys were reported among the crowds.

The protests are not likely to be helpful in the Biden administration’s efforts to broaden the trucking industry to be more inclusive.

Administration aides say that expanding opportunities for women includes efforts to create safe and inclusive work environments which, they say, is critical to expand the pool of possible truckers.

“The workforce is getting older,” Biden said Monday, adding “It’s getting harder and harder to recruit new drivers, particularly women and people of color, to an industry that this nation and our economy desperately needs at full strength.”

“Not only is it a matter of basic fairness and justice and the right thing to do, but just as a matter of economics, this country cannot afford to leave any talent on the table,” says Buttigieg.

Ben Werschkul is a writer and producer for Yahoo Finance in Washington, DC.