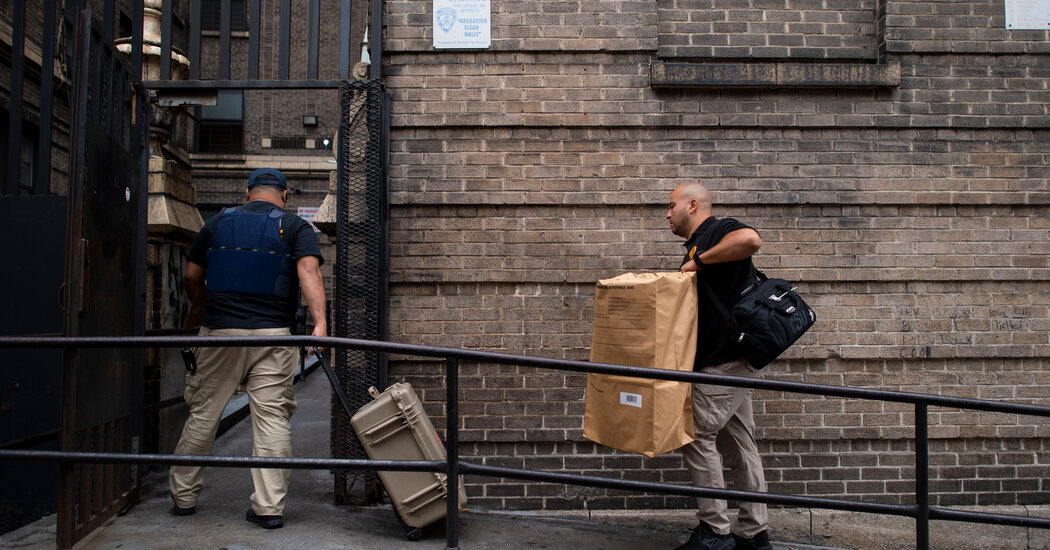 “The driving motivation for the NYPD to collect DNA is to legally identify the correct perpetrators, build the strongest case possible for investigators and our partners in the various prosecutors’ offices and bring closure to victims and their families,” he said.

The city medical examiner’s office, which maintains the database, said that it complies with applicable laws and is operated “with the highest scientific standards,” set by independent accrediting bodies.

The dispute underscores tensions that have erupted in cities across the country over efforts to increase the use of technology and surveillance tactics in policing and comes amid a highly charged local debate over elevated gun violence. In New York, Mayor Eric Adams has called for expanding the use of facial recognition and software to identify gun carriers, which he argues could aid in crime fighting.

But civil liberties advocates and privacy groups have contended that the advancements come at the expense of communities of color, infringe on the rights of people who have not been convicted of crimes and place them at risk of wrongful conviction if errors are made.

“You can change your Social Security number if you’re a victim of identity theft. You can’t change your DNA,” said Albert Fox Cahn, the executive director of the Surveillance Technology Oversight Project. “You’re creating this constant threat not for months, not for years, but the rest of your life, that you can be targeted by this information.”

The genetic database has come under fire in recent years for the tactics the police use to collect DNA samples, often without a person’s consent, lawyers say. The department’s Detective Guide instructs detectives to offer a water bottle, soda, cigarette, gum or food to someone being questioned in connection with a crime whose DNA is sought—and to collect the item once they leave.

Those practices have invited scrutiny in high-profile cases, like when detectives offered a McDonald’s soda to a 12-year-old boy who was facing a felony charge in 2018, took the straw and tested it for DNA. The boy’s profile did not match crime-scene evidence but remained in the system for over a year.