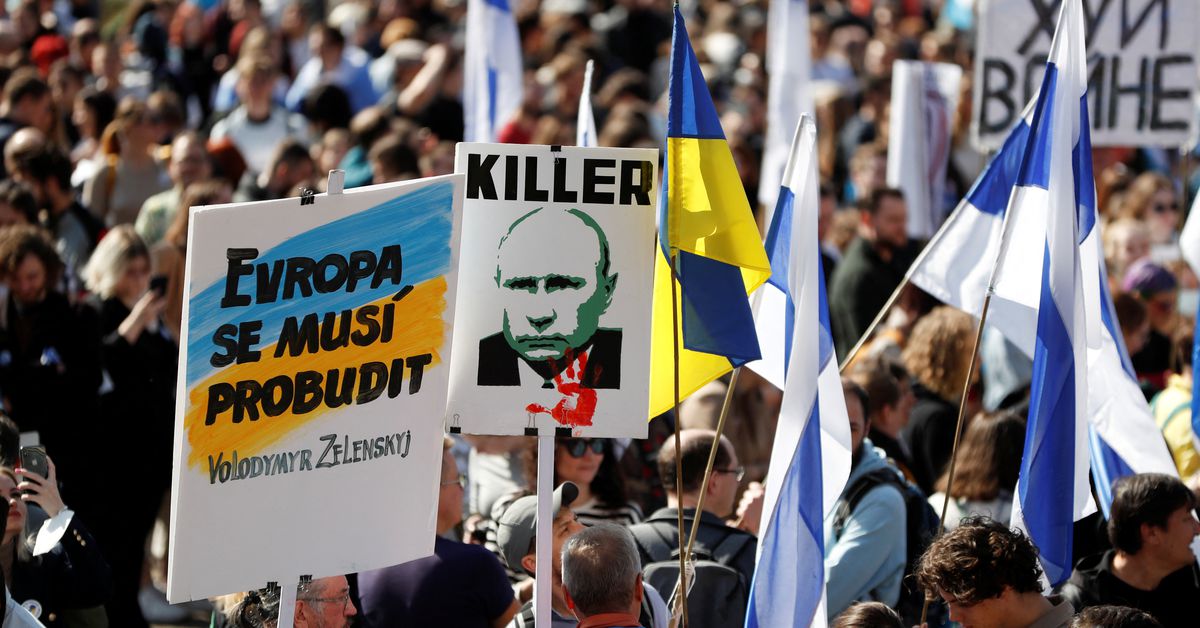 PRAGUE, March 26 (Reuters) – Thousands of Russians marched through Prague on Saturday, waving the white-blue-white flag that has become a symbol of protests against Moscow’s invasion of Ukraine.

Carrying signs that read “Killer” over a picture of President Vladimir Putin and chanting “No to War”, protesters walked from Prague’s Peace Square through the center of the Czech capital. Police put the number of marches at about 3,000.

“We are against Putin,” said Alexander Sibrimov, a 19-year-old student who attended the protest with his father.

“We don’t agree with his politics. This is a way to show the world that the things happening in Ukraine are not right.”

Moscow calls its actions in Ukraine a “special military operation” to demilitarize and “denazify” its neighbour, and denies targeting civilians. Ukraine and its Western allies have called that a baseless pretext for an unprovoked invasion. read more

The Czech Republic is home to 45,000 Russians, the fourth largest foreign community in the former communist-ruled country.

Nearly 200,000 Ukrainians lived in the Czech Republic – making them the biggest foreign community – before Russia’s invasion of Ukraine on Feb. 24.

The Czech government estimates 300,000 Ukrainians have fled to the country.

“This is an act to show the Czech Republic and the Czech people that Russians (are) against Putin,” protest organizer Anton Litvin said.

The protesters in Prague said they believed they were reflecting what many people in Russia feel but are unable to say.

“Just because we are Russians doesn’t mean we are automatically for the war. We are against the war,” said protester Oleg Golopyatov, a former soldier who has lived in Prague for 15 years. “Ukraine is a normal country. It is terrible (what is happening there).”