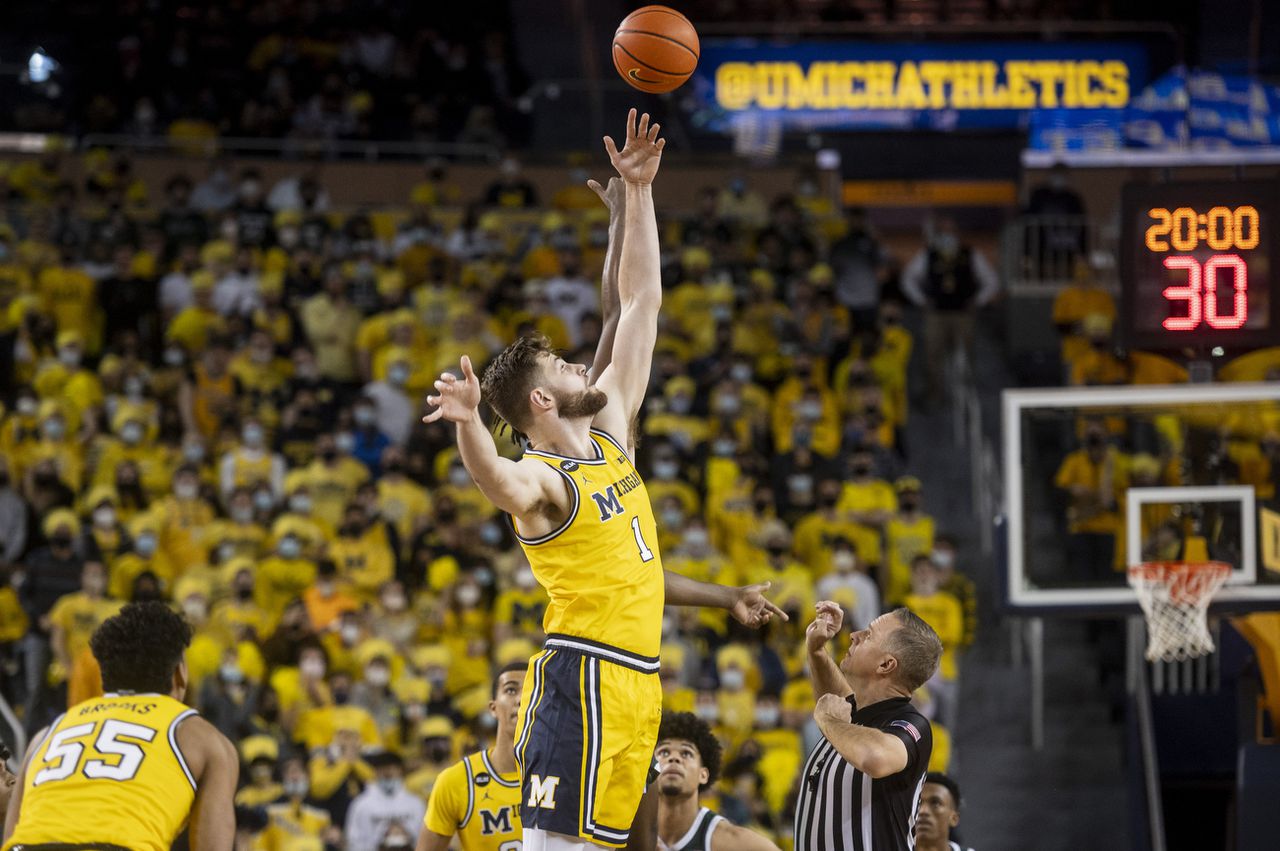 Michigan will get the first round of the 2022 NCAA men’s basketball Tournament underway.

The Wolverines play Colorado State on Thursday in a game that will start at 12:15 pm ET, the first game of the opening round.

It will air on CBS with Ian Eagle as the play-by-play commentator, Jim Spanarkel as the color commentator, and Jamie Erdahl reporting courtside from Gainbridge Fieldhouse in Indianapolis.

Michigan is favored by 2.5 points according to oddsmakers.

Tip times for the entire tournament were announced on Sunday night.

The Wolverines are the 11 seed in the South Region. Colorado State is the 6. The winner will play Saturday against the winner of the matchup between 3 seed Tennessee and 14 seed Longwood.

The NCAA Tournament officially starts on Tuesday with a pair of play-in games; another two play-in matches take place on Wednesday. All will be held in Dayton, Ohio. Opening-round games are played at eight different sites across the country on Thursday and Friday.

Michigan’s opener will overlap, at times, with Providence vs. South Dakota State, Boise State vs. Memphis, and Baylor vs. Norfolk State. Tennessee and Longwood are scheduled to start at 2:45, though that depends on when Michigan’s game ends. Both will be played at Gainbridge Fieldhouse, the site of this past week’s Big Ten Tournament.