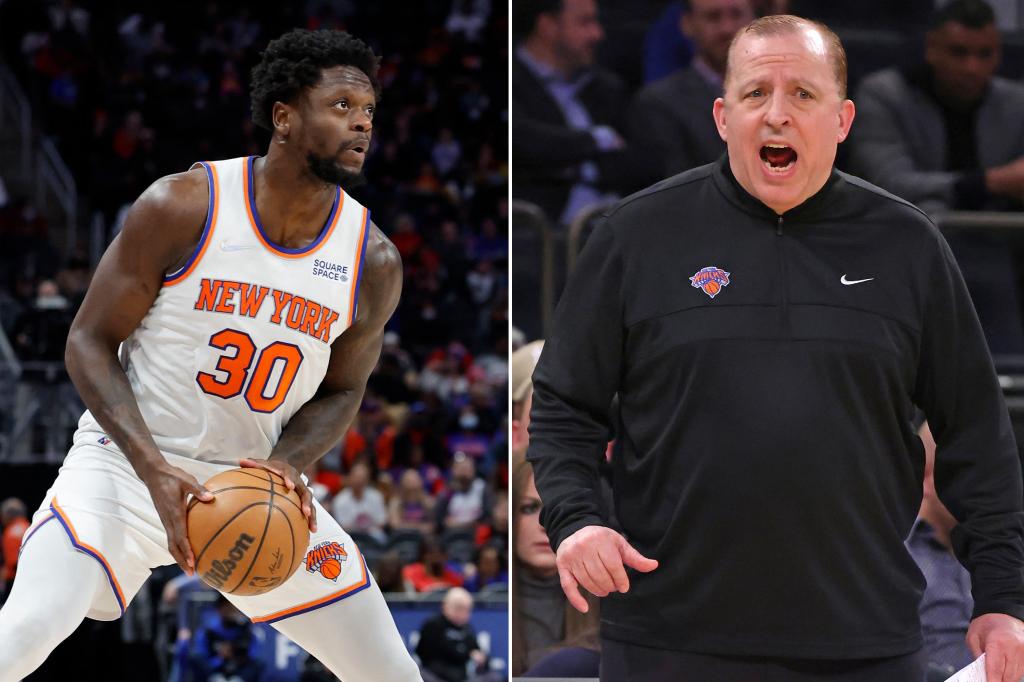 Julius Randle’s intermittent frustration and unhappiness has been evidenced by various instances this season, including a thumbs-down gesture and profane quotes directed at fans and multiple blowups with officials.

This year has been a far cry from the two-way love affair Randle enjoyed with New York one season ago, when he was named an All-Star for the first time in his career and the NBA’s Most Improved Player, earning him a four- year contract extension worth $117 million.

The Post reported Tuesday that there are some around the league who believe that Randle has been acting in a “James Harden type of way,” suggesting that he could attempt to force a trade in the offseason.

“Are you serious? Are you serious? Come on,” Thibodeau said before Wednesday’s home game against Charlotte. “You know I’m not going to respond to something like that anyway. Let’s be real.”

Asked directly if he believes that Randle “wants to be here,” Thibodeau replied: “Yeah. So as a coach, you coach the players that you have. And you love them all. And I do. If you play for me, I love you. It’s really that simple. The challenge for us is to bring the best out of each other.”

Randle has been fined over $100,000 by the league this season for various infractions, including for saying “shut the f–k up” in a January press conference to explain his use of a thumbs-down gesture to booing fans at one game at the Garden .

Randle also threw the ball away and walked directly into the locker room following Monday’s win. He scored five points on 1-for-9 shooting in the game, and fans had chanted once again for understudy Obi Toppin throughout the game.

“Look, every year is different. You’re faced with new and different challenges. There are a lot of things — this year didn’t go like last year did,” Thibodeau said. “Hopefully we can finish up like we did last year. Things change all the time. They can change from going real good to bad quickly and they can go from being not as good as you would like to great real quick, too.

Randle, who had missed three games earlier this month with a quad injury, has not been made available to speak to the media since Sunday in Detroit. The Knicks also were fined $25,000 at one point earlier this season for preventing Randle from addressing reporters.

“But this is ongoing. Where I want us to be is since the All-Star break on, we’ve been playing good basketball. Keep doing that. Let’s see what happens.”