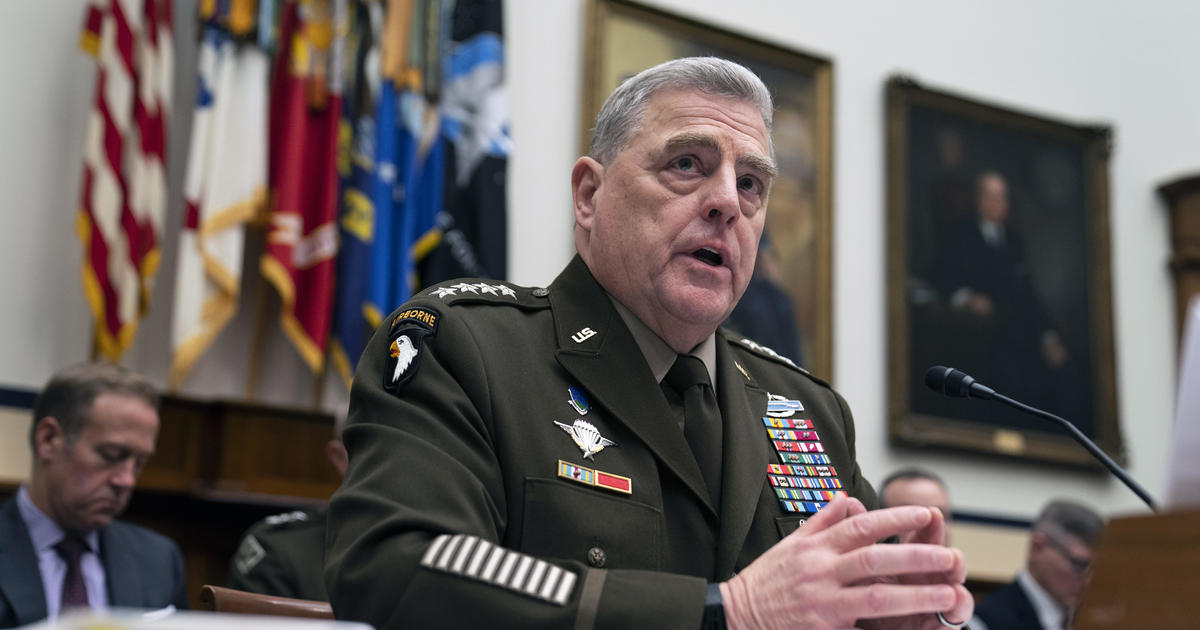 The highest ranking military officer in the US said Tuesday that he expects the conflict in Ukraine to last years.

“I do think this is a very protracted conflict, and I think it’s measured in years. I don’t know about decade, but at least years for sure,” Chairman of the Joint Chiefs of Staff General Mark Milley told the House Armed Services Committee Tuesday during testimony on the defense budget.

“This is a very extended conflict that Russia has initiated and I think that NATO, the United States, Ukraine and all of the allies and partners supporting Ukraine will be involved in this for quite some time,” Milley said.

Milley and Defense Secretary Lloyd Austin appeared before the committee for the first time since Russia invaded Ukraine in February and as Russia is refocusing on eastern Ukraine.

The Pentagon has seen about two-thirds of the less than 20 Russian battalion tactical groups that were arrayed against Kyiv repostion north toward Belarus, according to a US senior defense official. The assessment is Russia will refit, resupply, and potentially reinforce them with additional manpower before sending the units back into Ukraine, likely in the Donbas region.

Ukraine has been fighting Russian-backed separatists in the Donbas region since 2014. A senior defense official said last week that Russia’s reprioritized focus in eastern Ukraine could mean the conflict takes more time instead of less because Ukrainian forces know the territory well, and they have a lot of forces there already who are fighting hard to defend the region.

National security adviser Jake Sullivan said in a White House press briefing Monday that the next phase of the war in Ukraine “may very well be protracted” and if the Russians do achieve some success in the Donbas region, the forces could try to take other areas of Ukraine.

To help Ukraine, the Biden administration is shipping weapons to Ukraine as quickly as possible and is working with partners who have equipment Ukraine wants that the US doesn’t have.

Austin said Tuesday that the Pentagon continues to focus on assistance that the Ukrainians have used effectively like anti-aircraft and anti-armor weapons. He said the Pentagon is working to provide both Switchblade 300 and 600 drones to Ukraine quickly.

Russia’s invasion of Ukraine has prompted questions about the US force posture in Europe. Milley said Tuesday the posture of the US is still being decided but because of the war in Ukraine, it’s likely there will be an increased presence of US troops in the region long term.

“My advice would be to create permanent bases but don’t permanently station, so you get the effect of permanence by rotational forces cycling through permanent bases,” Milley said.

The US currently has around 100,000 stationed troops in Europe, the highest number since 2005.

As for the coming weeks, the Pentagon has seen indications Russia is looking to reapply the forces that repositioned away from Kyiv to the Donbas region but has not seen any evidence yet that those units have started to move into the Donbas, according to a senior defense official.

A recent British military intelligence update said many Russian units withdrawing from northern Ukraine are likely to require significant re-equipping and refurbishment before being available to redeploy for operations in eastern Ukraine.

Milley and Austin are scheduled to testify in front of the Senate Armed Services Committee on Thursday.