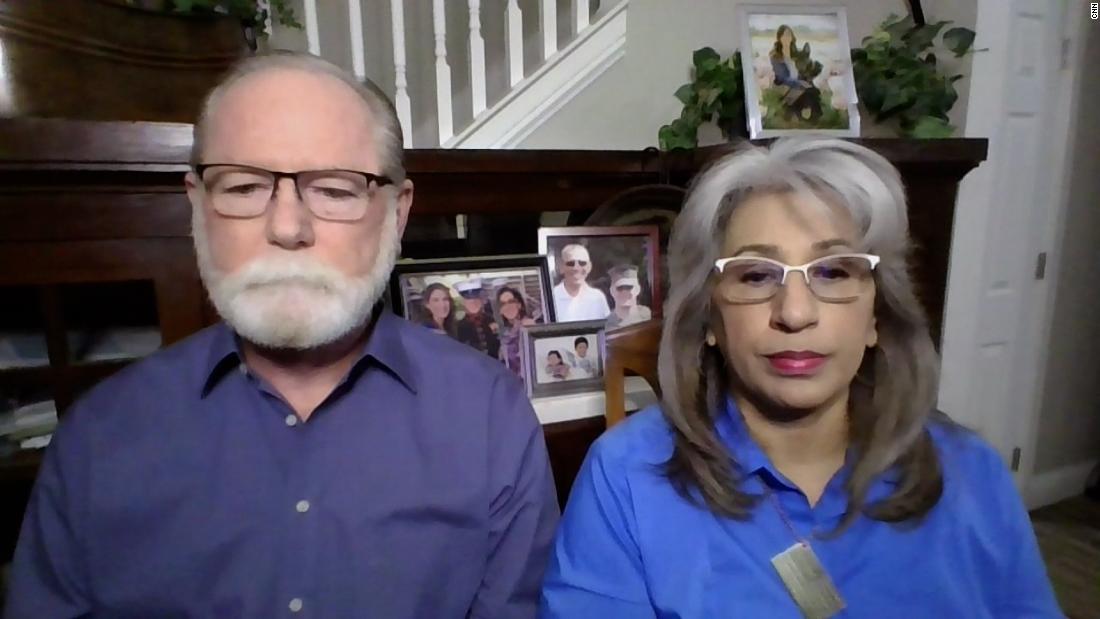 “Trevor had some sort of injury where he thinks he might have a broken rib. Plus, he has all the symptoms of active tuberculosis. He went to a prison hospital for about 10 days. And then they didn’t treat him. They took an X-ray that didn’t work,” Joey Reed told CNN’s John Berman on “New Day” as he stood outside the White House with his wife, Paula.

He continued: “And when they brought him back to his prison he said, ‘I need to go back. I’m still hurt and sick.’ And they put him to solitary confinement again, where he had been for most of the last seven months. So he is protesting that. That’s against all Russian regulations and European human rights.”

Asked how his son was doing amid the strike, Joey Reed said that an attorney was able to pass along a handwritten note from Trevor Reed in which he said “he’s OK.”

“He’s still coughing blood. And he says he has something protruding out of his side, either a rib or cartilage. And yet receiving no treatment for it except aspirin,” Joey Reed said.

Trevor Reed was sentenced to nine years in prison in July 2020 for endangering the “life and health” of Russian police officers in an altercation. Reed and his family have denied the charges against him.

This week’s hunger strike is the second one that the 30-year-old former US Marine has staged in recent months. Last November, he held a six-day strike to protest his detainment in Russia and the “numerous and flagrant violations” of his human rights by Russian authorities.

Reed’s parents have been urging President Joe Biden to work to bring him home, and on Wednesday they began a protest outside the White House in an effort to raise awareness about their son’s case and to obtain a meeting with Biden.

“So far we’re scheduled until Friday. If we need to stay longer, we might do that,” Paula Reed told Berman when asked how long she and her husband were willing to stand outside the White House.

“We want to meet with the President, and we want to talk to him about prisoner swaps because obviously … asking the Russians to release these hostages has not worked. It is not going to work with any superpower or nuclear power,” Joey Reed said.

The White House has not responded to multiple requests for comment from CNN.

Earlier this month, the Reeds spoke over the phone with Biden, who called them after delivering a speech in Fort Worth, Texas. A White House official said at the time that the President called the Reeds “to reiterate his commitment to doing everything he can to bring their son home, to staying in close touch with them through his national security team and to finding a time to meet in person.”

But Paula Reed told reporters following the call that Biden told them he felt terrible he couldn’t meet with them while he was in Texas, where they live, and promised his scheduler would make an appointment for the family to meet with him in Washington – – a meeting they say hasn’t yet happened.