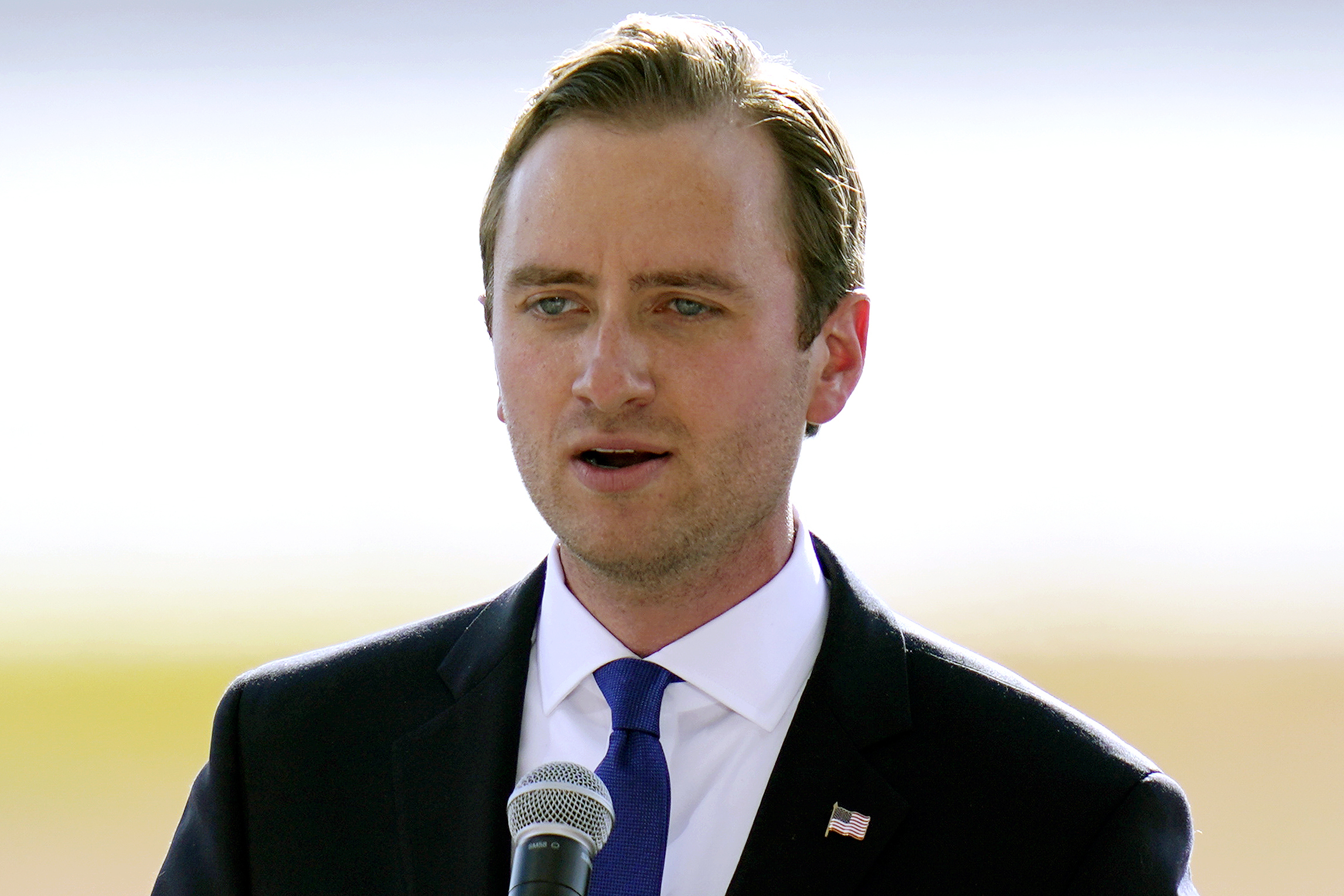 Legal experts say Mowers’ actions could violate a federal law that prohibits “voting more than once” in “any general, special, or primary election.” That includes casting a ballot in separate jurisdictions “for an election to the same candidacy or office.” It also puts Mowers, who was a senior adviser in Donald Trump’s administration and later held a State Department post, in an awkward spot at a time when much of his party has embraced the former president’s lies about a stolen 2020 election and has pushed for restrictive new election laws.

The issue could have particular resonance in New Hampshire, where Republicans have long advocated for tighter voting rules to prevent short-term residents, namely college students, from participating in its first-in-the-nation presidential primary.

“What he has done is cast a vote in two different states for the election of a president, which on the face of it looks like he’s violated federal law,” said David Schultz, a professor at the University of Minnesota Law School who specializes in election law. “You get one bite at the voting apple.”

Mowers’ campaign declined to make him available for an interview. In a brief statement that did not address the double-voting, campaign spokesperson John Corbett cited Mowers’ work for Trump’s 2016 campaign.

Matt was proud to work for President Trump as the GOP establishment was working to undermine his nomination,” Corbett said. “Matt moved for work and was able to participate in the primary in support of President Trump and serve as a delegate at a critical time for the Republican Party and country.”

There is little chance Mowers could face prosecution. The statute of limitations has lapsed, and there is no record of anyone being prosecuted under this specific section of federal election law, according to the National Conference of State Legislatures, which tracks the issue.

A separate New Hampshire law prohibits double-voting in two different states, but makes an exception if someone “legitimately moved his or her domicile.”

Mark Meadows, a former North Carolina congressman who served as Trump’s chief of staff, was registered in two states and listed a mobile home he did not own — and may never have visited — as his legal residence weeks before casting a ballot in the 2020 election . North Carolina state officials are investigating.

Not everyone agrees Mowers’ double-voting is a clear-cut case of voter fraud. For starters, it’s an undeveloped area of ​​law. Any court would have to contend with complicated issues such as whether a primary could be viewed as a public election or as an event held by a private organization that is administered with government help.

“With the right set of facts, it could be construed as a violation, but it’s just not at all obvious to me that it is,” said Steven Huefner, an Ohio State University law school professor who specializes in election law. “It is a pretty murky question.”

Charlie Spies, a longtime Republican election lawyer who contacted the AP at the request of Mowers’ campaign, called the matter “silly.” He said the double-voting was “at worst a gray area” of the law and “not the sort of issue anybody would spend time on.”

That may not matter in a congressional primary race that has drawn a half-dozen Republican candidates. Among them is former Trump White House assistant press secretary Karoline Leavitt, who has already attacked Mowers for being soft on the issue of “election integrity.”

In September, after Mowers said President Joe Biden rightfully won the 2020 election, Leavitt said Mowers “rolled over and sided with Joe Biden and the Democrats by refusing to stand for election integrity.”

Mowers’ campaign called her criticism “fake news” at the time.

His own campaign website has leaned in on the issue, featuring a section dedicated to “election integrity.” It states that new rules are needed to “provide every American citizen with the certainty that their vote counts.”

He also echoes the long-standing Republican criticism about out-of-state voters, endorsing an efforts by the state’s legislature to make sure “only legal residents of New Hampshire are entitled to vote.”

This isn’t the first run Mowers, who is in his early 30s, has made for the seat, which is a top Republican target in the 2022 midterm elections. In 2020, he earned Trump’s endorsement and won the Republican nomination before losing to Pappas by 5 percentage points.

This time could be different, though. Biden’s flagging approval rating has made Republicans bullish on their prospects. And thanks to a once-in-a-decade redrawing of congressional districts, Republicans who now control the state legislature and governor’s office, are poised to approve more advantageous maps.

Mowers promotes his time living in New Hampshire with his wife and young child. But he is not a native to the state, spending much of his life in New Jersey.

A graduate of Rutgers, he came up through New Jersey politics, working for Christie’s gubernatorial administration, as well as Christie’s re-election campaign. That led to an appearance in the 2016 “Bridgegate” trial, where Mowers tested about his unsuccessful attempts to prod a Democratic mayor to endorse Christie, which resulted in acts of retribution and ultimately two convictions of close Christie allies. Mowers was not accused of wrongdoing in the case.

He moved to New Hampshire in 2013 to take on a role as the executive director of the state Republican Party. He summarized working for Christie in 2015 to lay the groundwork for a presidential campaign.

After Christie’s White House run, Mowers moved back to New Jersey, taking a job with the lobbying firm Mercury. He joined the Trump campaign in July 2016, and ultimately relocated to Washington after landing a spot in the administration.

He launched his first bid for Congress after leaving the White House.