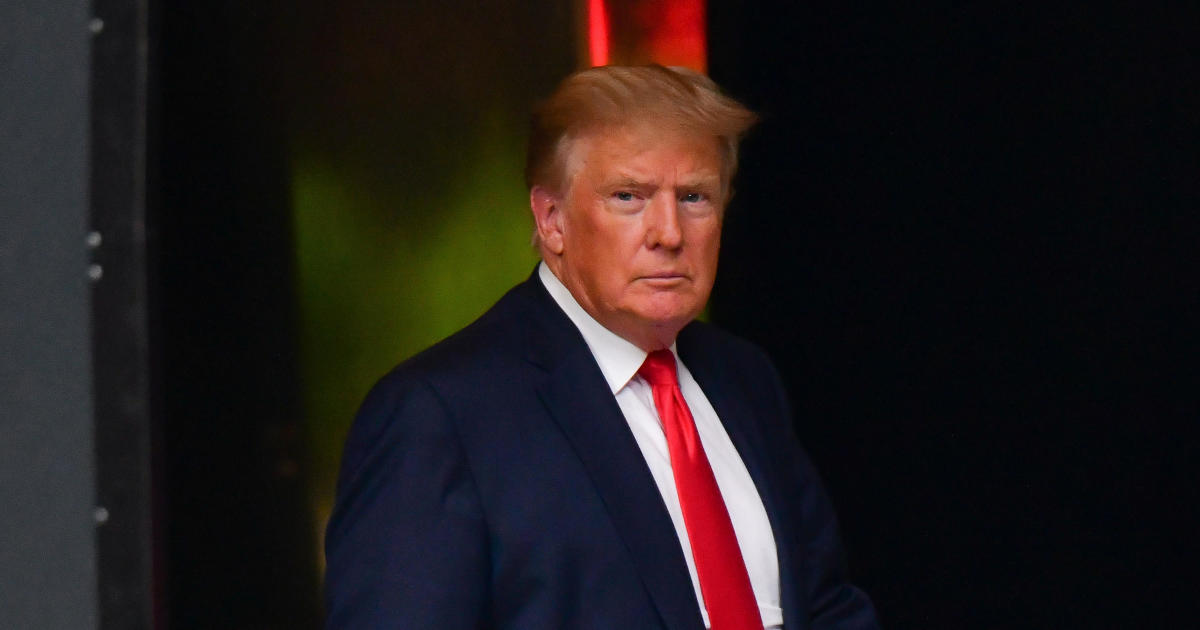 Trump made the remark in an interview with the “Just the News” television show on Real America’s Voice, during which he cited a 2020 report from Republicans on two Senate panels that investigated allegations of corruption against Mr. Biden and Hunter Biden’s business dealings in Ukraine .

Senate Republicans claimed that in 2014, an investment firm co-founded by Hunter Biden received a $3.5 million wire transfer from Elena Baturina, whose late husband Yury Luzhkov was the former mayor of Moscow.

“As long as Putin now is not exactly a fan of our country, let him explain … why did the mayor of Moscow’s wife give the Bidens, both of them, $3.5 million? That’s a lot of money. She gave them $3.5 million,” Trump said in the interview from his South Florida property, Mar-a-Lago. “So, now I would think Putin would know the answer to that. I think he should release it. I think we should know that answer.”

Trump went on to claim Putin “now would be willing to probably give that answer.”

The former president brought up the accusation regularly during the 2020 presidential campaign, at rallies and during a debate with Mr. Biden. An attorney for Hunter Biden has repeatedly denied that his client co-founded the investment company, Rosemont Seneca Thornton, and therefore did not receive the $3.5 million.

“Hunter Biden had no interest in and was not a co-founder of Rosemont Seneca Thornton, so the claim that he was paid $3.5 million is false,” Hunter Biden’s lawyer George Mesires told PolitiFact in 2020.

White House communications director Kate Bedingfield lambasted Trump for his comments, remarking during the White House press briefing, “What kind of American, let alone an ex-president, thinks that this is the right time to enter into a scheme with Vladimir Putin and brag about his connections with Vladimir Putin? There’s only one and it’s Donald Trump.”

The former president’s comments were also criticized by GOP Sen. Mitt Romney of Utah, who called Putin “one of the worst people on the planet.”

“I don’t think of Vladimir Putin ought to be one of the people we go to for favors right now,” he told reporters on Capitol Hill, adding, “America shouldn’t be asking for favors.”

Trump has repeatedly claimed wrongdoing by Hunter Biden regarding his business dealings in Ukraine and Eastern Europe while his father was serving as vice president, and he has in the past called on other nations to disclose damaging information about his political adversaries.

In 2016 during his presidential race against former Secretary of State Hillary Clinton, then-candidate Trump urged Russia to release emails stored on Clinton’s private email server, which she used during her tenure in government.

“Russia, if you’re listening, I hope you’re able to find the 30,000 emails that are missing,” he said during a press conference.

Most notably, ahead of the 2020 presidential election, Trump pressured Ukrainian President Volodymyr Zelenskyy to open an investigation into Mr. Biden and his son in exchange for critical military aid. The former president’s actions regarding the withholding of the assistance led to his impeachment by the House on charges of abuse of power and obstruction of Congress. Trump was acquitted by the Senate on both impeachment charges.

Hunter Biden has since 2018 been under investigation for his tax affairs. The probe remains ongoing.

Jack Turman contributed to this report.