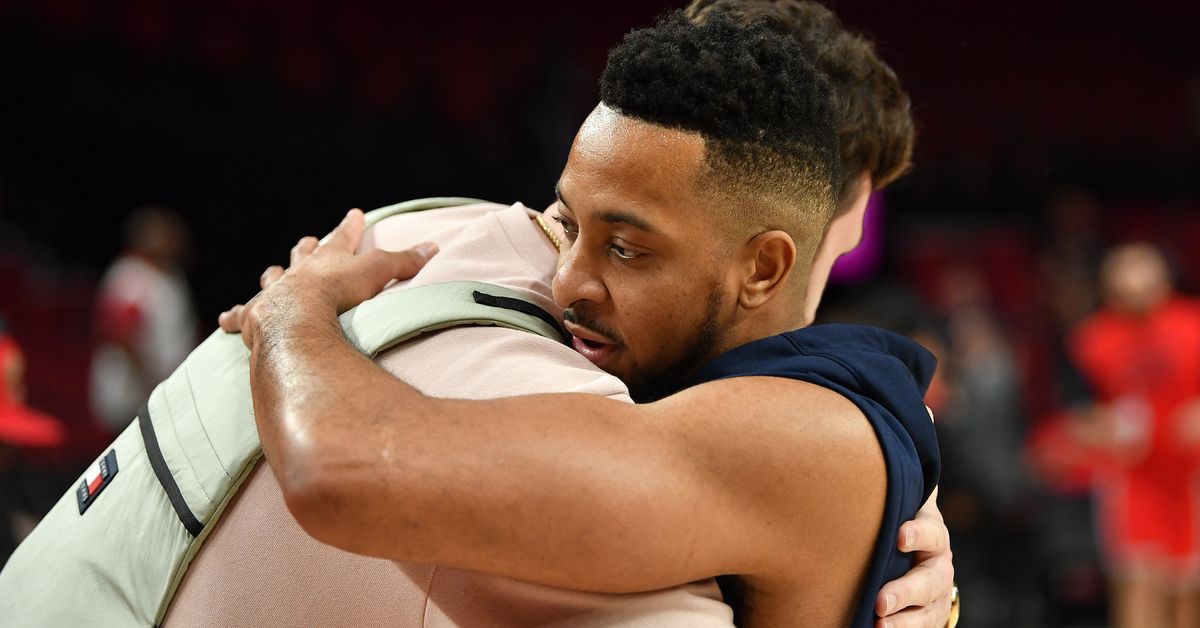 For the first time in his storied NBA career, CJ McCollum took to the Moda Center as a visitor. But after a Portland Trail Blazers tenure that included 11,203 points, eight postseason appearances, a Most Improved Player award, and a trip to the Western Conference Finals, the New Orleans Pelicans guard earned a standing ovation and a cheerful sentiment on both social media and in the arena.

Per AJ McCord of KOIN News, the standing ovation was said to have lasted minutes, as the Blazers faithful in attendance showed their support for McCollum, who earns a spot on many of Portland’s all-time leaderboard categories.

At the moment, McCollum’s Pelicans (32-43) are seeking a victory over the Blazers to better position themselves in the Western Conference Play-In standings. They held a one-game lead for the No. 9 spot heading into tonight’s tip. Regardless, the Blazers had a special presentation planned for the longtime Blazer midway through the opening period.

In creating a memorable game and lead-up, the Blazers-Pelicans game brought a little bit of everything: a special Q&A with McCollum from Blazers reporter Casey Holdahl, Blazers fans booing an offensive foul call on McCollumand even a sighting featuring McCollum with former backcourt mate Damian Lillard.

And, as is the McCollum custom, tons of offensive firepower from the opening tip.

McCollum opened the game with 14 first-quarter points, setting himself up for a noteworthy performance, though, as it stands at the moment, both teams are deadlocked in a very competitive, nip-and-tuck battle, the Pelicans sporting a narrow three -point lead heading into the fourth quarter.

For much of the second half, the Blazers—undermanned and mostly inexperienced—hung within a basket or two from taking the lead before the Pelicans were able to pull away. It’s said that McCollum hit the dagger three pointer that ultimately took the game out of reach.

All told, it proved to be a successful night for the former Lehigh grad. His final stat line: 25 points, three rebounds and four assists on 9-of-16 from the field, 3-of-6 from 3-point range, and 4-of-8 from the charity stripe in 37 minutes. The Pelicans proved victorious in a 117-107 victory.