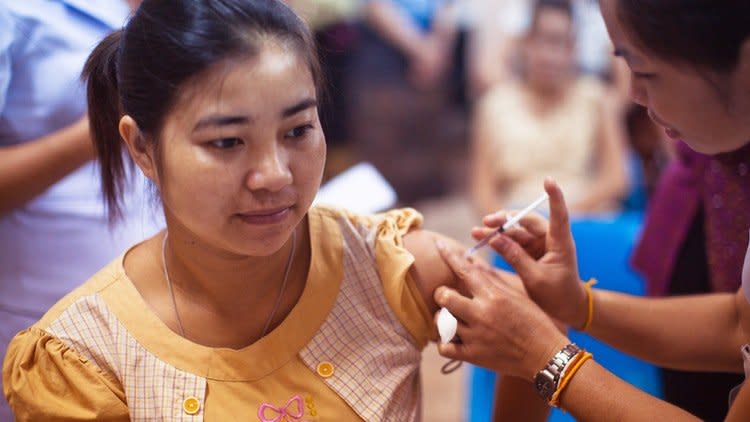 US Senator Ron Johnson, a Republican from Wisconsin, responded to a man claiming COVID vaccines give people AIDS by telling him “everything you say may be true.”

Johnson was speaking to Todd Callendar, who bills himself as an “international lawyer” and “leader of a group trying to stop the Biden regime’s effort to destroy the US military via injections of the so-called vaccine that contains HIV.” During Callendar and Johnson’s conversation on the rightwing video-sharing platform Rumble, Callendar again claimed the various COVID vaccines give users AIDS and that health officials need to be “held accountable.”

“You’ve got more than a hundred doctors here, all of whom will tell you these shots caused vaccine-induced AIDS,” Callendar said, even though no reputable doctor has made such a claim. “They purposefully gave people AIDS…this is criminal intent.”

Johnson interjected, but not to refute Callendar’s lies about the vaccines. Instead Johnson said Callendar and other anti-vaxxers have to continually spread falsehoods about the shots so they can convince people they give people HIV or AIDS.

“That’s way down the road,” Johnson said about criminalizing health officials like Dr. Anthony Fauci, chief medical advisor to the president. “You got to do one step at a time. Everything you say may be true but right now the public views the vaccines as largely safe and effective.”

Johnson, up for reelection this year, is one of the most rightwing members of the Senate. He has pushed for the veterinary drug Ivermectin to be used to fight against COVID — though no evidence exists of its efficacy — and he even suggested mouthwash could defeat the disease that has killed nearly 1 million Americans, reports the Wisconsin Examine.

Johnson’s conspiracy theories and delusion have touched on HIV and AIDS before his discussion with Callendar. He infamously said in December that Fauci “overhyped HIV” and AIDS in the 1980s. Over 36 million people have died of AIDS-related complications since the beginning of that pandemic.