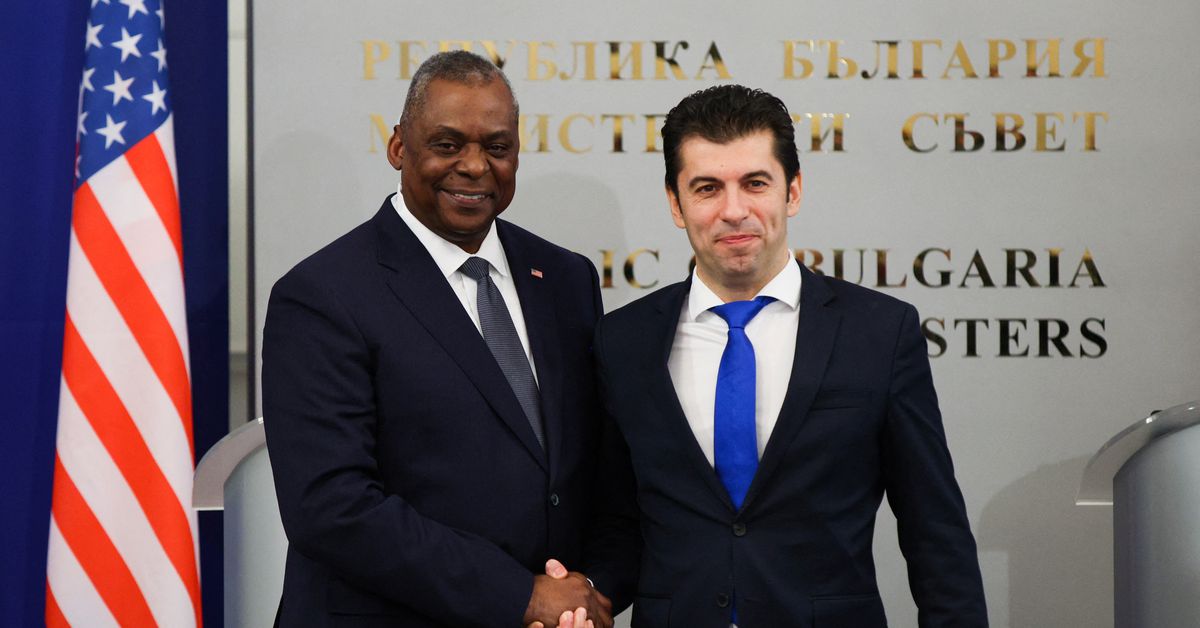 “The USA agreed to provide a Stryker company,” he told a press conference with US Defense Secretary Lloyd Austin. “This is a strong sign to all of our allies in NATO.”

Bulgaria, once Moscow’s closest ally during the Cold War era but a NATO and European Union member state, is establishing a battlegroup of up to 1,000 troops under the operational command of NATO’s Supreme Allied Commander Europe. The battlegroup is expected to host troops from other allied countries as well.

“I wanted to underscore the importance of the announcement that Bulgaria has established and is leading a NATO multinational battlegroup. It is an important step and we fully support it,” Austin said.

Petkov said Bulgaria would continue to send humanitarian aid to Ukraine and take in Ukrainian refugees from the war, but it was not considering sending any weaponry to Kyiv for the time being as his Black Sea country was too close to the conflict.