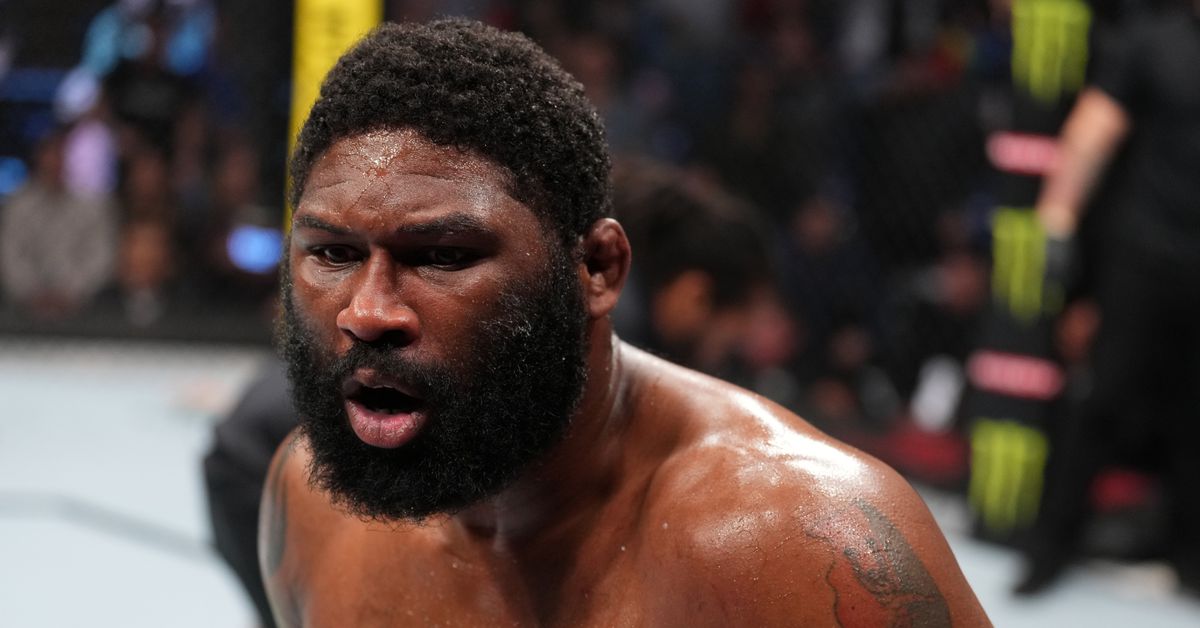 Curtis Blaydes is breathing down the neck of the top of the heavyweight division.

“Razor” needed a little more than a round to land a booming right hand that dropped Chris Daukaus (12-5) and left Daukaus defenseless to stop the ensuing ground punches that ended the UFC Columbus main event in definitive fashion.

He was the second straight win for Blaydes (16-3, 1 NC), the No. 5 heavyweight in MMA Fighting’s Global Rankings, and he didn’t thin words in his post-fight interview when asked what should be next for him.

“I think I deserve an interim title shot against [Ciryl] Gane,” Blaydes said. “I want next. I want the title shot. We can do it anytime this summer. June, July, August, I’m down.”

An interim heavyweight championship belt is expected to be created in the absence of undisputed titleholder Francis Ngannou, who is currently embroiled in a contract dispute with the UFC and unlikely to compete in 2021 after recently undergoing knee surgery.

Two-time UFC champion Stipe Miocic was in attendance at Nationwide Arena in Columbus, Ohio and when his presence was pointed out to Blaydes by UFC commentator Daniel Cormier, Blaydes directed a respectful callout at Miocic.

Despite not competing in over a year, Miocic’s name remains in the mix for an interim title bout along with the likes of Gane and former light heavyweight king Jon Jones.

Blaydes has a strong case to be included that discussion after his latest win. The opening round saw Blaydes show off his improved striking as he outworked Daukaus with sharp striking, not showing a hint of the wrestling that has made him a heavyweight contender (Blaydes said in his post-fight interview that the threat of a takedown gave him a edge in the standup).

The first five minutes were just a hint of what was to come as Blaydes landed a perfectly timed right hand on an advancing Daukaus that sent him crashing to the canvas. Blaydes followed up with relentless punches on the ground to prompt referee Herb Dean to step in.

The official time of the stoppage was 0:17 into Round 2.

Blaydes has now won two straight fights and six of his past seven. He is 11-3 (1 NC) in the UFC with two of those losses coming at the hands of Ngannou.

Daukaus loses back-to-back fights by knockout after beginning his UFC career with four straight knockout wins of his own.