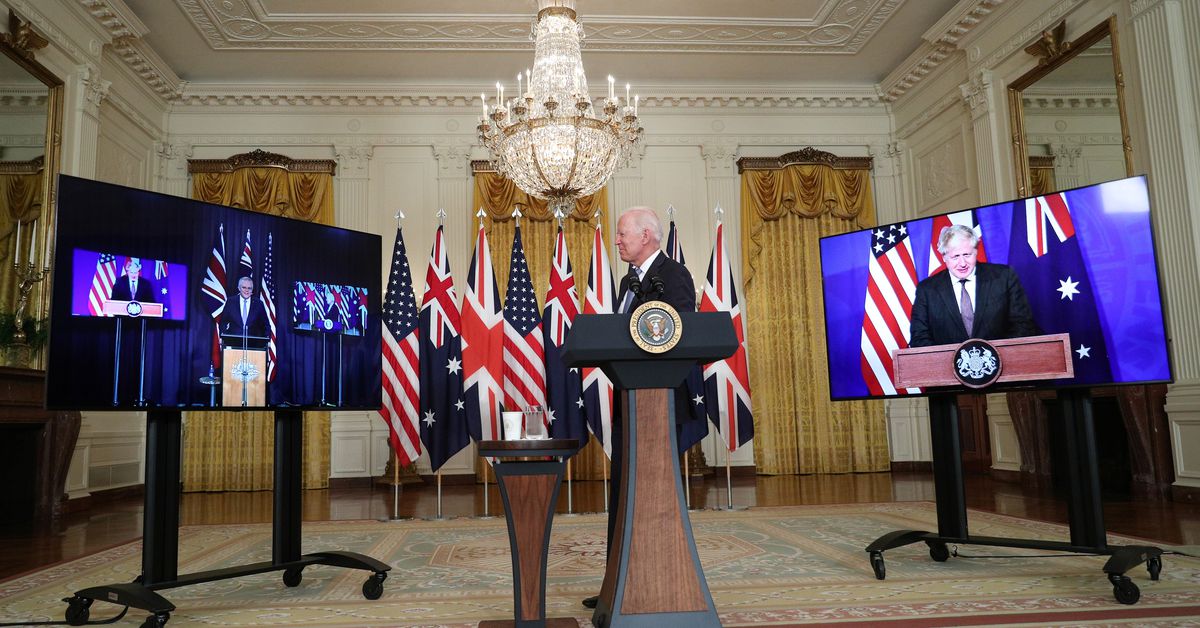 In a joint statement, AUKUS leaders Johnson, US President Joe Biden and Australian Prime Minister Scott Morrison said they were pleased with the progress of the program for conventionally armed, nuclear-powered submarines for Australia, and that the allies would co-operate in other areas too.

“We also committed today to begin new trilateral cooperation on hypersonics and counter-hypersonics, and electronic warfare capabilities,” the statement said.

The United States and Australia already have a hypersonic weapon program called SCIFIRE, an acronym for Southern Cross Integrated Flight Research Experiment. British officials said that though Britain would not join that program at this point, the three countries would work together on research and development in the area to expand their options.

Biden’s administration is investing in the research and development of hypersonic missiles, which travel at five times the speed of sound, as Russia’s February invasion of Ukraine has intensified concerns about European security. read more

“In light of Russia’s unprovoked, unjustified, and unlawful invasion of Ukraine, we reiterated our unwavering commitment to an international system that respects human rights, the rule of law, and the peaceful resolution of disputes free from coercion,” the leaders said, adding they also reaffirmed their commitment to a “free and open Indo-Pacific”.

Russia says it launched a “special military operation” in Ukraine on Feb. 24 to demilitarize its neighbour. The Kremlin’s position is rejected by Ukraine and the West as a pretext for an unprovoked invasion.

Asked about the cooperation deal between Britain, the United States and Australia on hypersonic weapons, China’s UN Ambassador Zhang Jun on Tuesday warned against measures that could fuel a crisis like the Ukraine conflict in other parts of the world.

“Anyone who does not want to see the Ukrainian crisis should refrain from doing things which may lead the other parts of the world into a crisis like this,” Zhang told reporters. “As the Chinese saying goes: If you do not like it, do not impose it against the others.”

Reporting by Alistair Smout, additional reporting by Michelle Nichols at the United Nations; editing by Ed Osmond and Jonathan Oatis