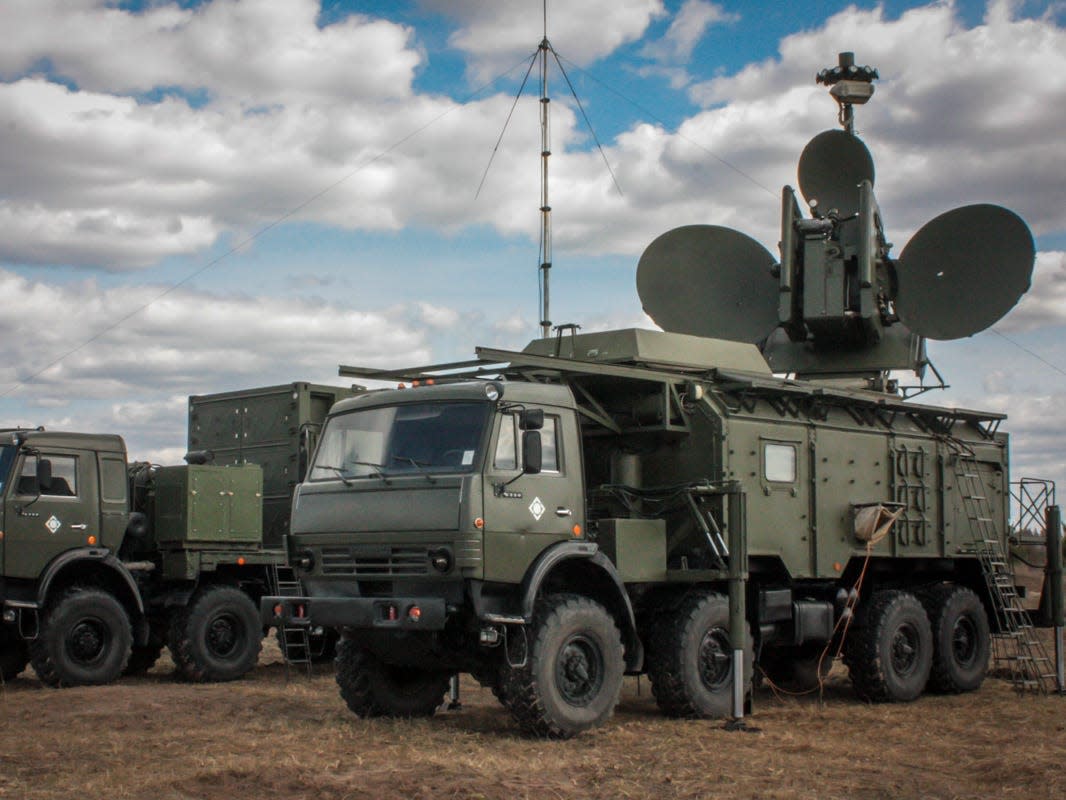 Ukrainian forces have seized part of one of Russia’s most advanced electronic warfare systems, which could reveal its military secrets, reports say.

The Krasukha-4 command module was found abandoned on the outskirts of Kyiv partly damaged but otherwise intact, The Times of London reported.

Photos of the unit posted on social media appear to show the container containing the module covered in tree branches, possibly in a hasty camouflage attempt by retreating Russian forces.

The system is designed to jam low-orbit satellites, drones, and missiles, but it is also believed to be able to track NATO aircraft, The Times said.

A complete Krasukha-4 is a two-part system consisting of a command post module and an electronic warfare system, mounted separately on two trucks.

It is believed that a Krasukha-4 system was used against Turkish Bayraktar TB2 drones in Syria, interfering with their control signal and causing them to crash, according to The Telegraph.

The highly-rated Bayraktar TB2 drones are among those used by Ukrainian forces, used to destroy Russian tanks, armor, and truck convoys.

The seized unit will be examined by Western spy agencies, The Telegraph reported, adding that it would likely be taken by road to the US Air Force’s Ramstein Air Base in Germany, before being flown to the US.

Examining the unit could reveal secrets of how it works, which could help Ukraine and Western allies render it useless on the battlefield.

Justin Crump, a military veteran and CEO of risk analysis consultancy Sibylline, told The Times that the seizure was among “lots of goodies that have been recovered on the battlefield.”

“It shows how scattered the fighting is and the lack of communications on the Russian side,” Crump told the paper.