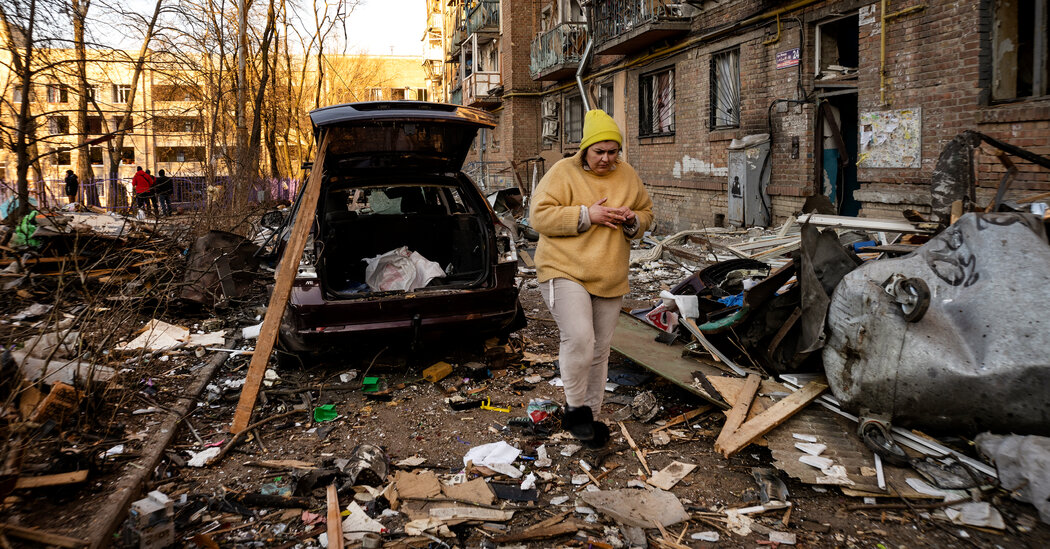 More than a fifth of the 44 million people who were living in Ukraine before Russia invaded the country last month have been internally displaced or have fled to other countries, according to estimates from the United Nations.

And for those who remain in the country, millions face a daily struggle for survival as cities hard hit by fighting run low on food, lack clean water, have no access to medical care and operate in many places without heat and electricity.

The United Nations’ International Organization for Migration said in a report this month that “over 12 million people are estimated to be stranded in affected areas or unable to leave due to heightened security risks, destruction of bridges and roads, as well as lack of resources or information on where to find safety and accommodation.”

On Friday, the United Nations completed its first convoy of urgent humanitarian aid to one hard-hit city in eastern Ukraine, delivering medical supplies, bottled water, ready-to-eat meals and canned food to help about 35,000 people in Sumy.

“We hope this is the first of many shipments delivered to the people trapped by fighting,” said Amin Awad, the crisis coordinator for the United Nations in Ukraine.

The speed at which the humanitarian crisis has unfolded is without precedent in modern European history, transforming what had been a peaceful nation into a nightmare of destruction and death in a matter of weeks. More than three million people have fled Ukraine since the Russian invasion began on Feb. 24, and about 6.5 million have been forced from their homes by fighting, according to the IOM

There is no reliable data on the full toll on civilian casualties. The United Nations said on Friday that at least 816 Ukrainian civilians had died since the invasion began, including 59 children — figures that it says are probably a vast underestimate.

Efforts to evacuate millions of thousands of people from cities across eastern and southern Ukraine continued to be undermined on Saturday by intense fighting and cease-fire violations.

“More than 9,000 people were evacuated from the besieged Mariupol,” President Volodymyr Zelensky of Ukraine said in his overnight address to the nation. “In total, more than 180,000 Ukrainians have been rescued by the humanitarian corridors.”

But that represents just a fraction of the millions still thought to be trapped by fighting and in urgent need of relief or escape. Mr. Zelensky accuses Russian forces of deliberately blocking humanitarian aid to besieged cities.

“This is a war crime,” he said. “Every Russian figure who gives such orders and every Russian soldier who carries out such orders will be identified. And will receive a compulsory one-way ticket to The Hague, to the city where the International Criminal Court is located.”