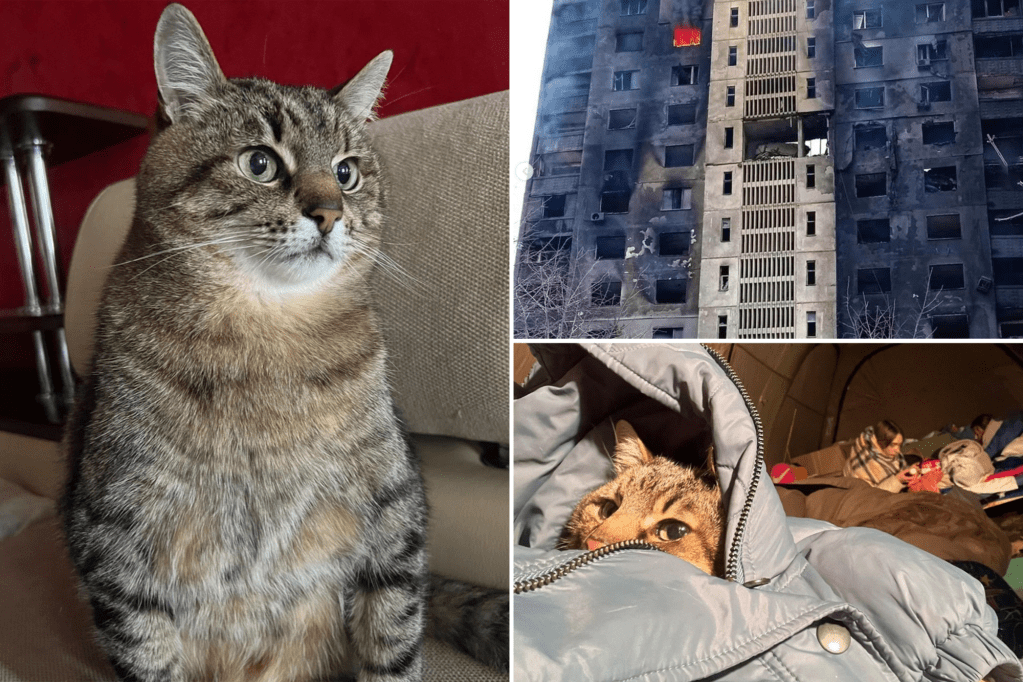 Stepan, a beloved 13-year-old Ukrainian cat with over a million followers on Instagram, has managed to flee from his war-torn country — and found refuge in France with his owner after a harrowing trip to Poland.

The world-famous feline from the heavily bombed city of Kharkiv worried his legion of fans when his account — @loveyoustepan — went dark for almost two weeks, the Washington Post reported.

But on Wednesday, the plucky tabby’s owner, Anna, gave a welcome update about how they made it to safety.

“On February 24, early in the morning, we were sleeping at home. At 5 am, some explosion was heard, and I didn’t even understand what it was,” Anna wrote.

“After a while, after half an hour later, there were more explosions, the windows trembled. I jumped up and understood that something terrible was happening!” she wrote.

“The attack and shelling of Kharkiv (especially on the North Saltovka where we live). We realized that the war had come to our house.”

Anna then detailed how they spent a week without electricity before they managed to leave the city — with the help of volunteers who took them to a train station.

“We got on the train Kharkiv — Lviv (in 20 hours, we got to Lviv). Then we followed to the border with Poland,” she wrote in the post, which included photos of Stepan during the perilous journey.

“At the border, we stood in line in a pedestrian crossing. There were a lot of people (4-5 thousand). After 9 hours, we crossed the border. When we reached Poland, we were offered help from the World Influencers and Bloggers Association from Monaco,” she said.

The group helped Anna and Stepan get to France, where they are waiting until they can safely return home.

“We’re all right now. We worry very much about our relatives in Ukraine and will do the very best we can to help our country,” she added.

The World Influencers and Bloggers Association, which aims to unite influencers around the world, last year named Stepan one of the top “petfluencers” in the world, according to the Washington Post.

When the group’s founder and CEO Maria Grazhina Chaplin learned of Stepan and Anna’s plight, she jumped into action and organized a way to get them to a safe house in France after a stop in Poland.

“It was not so easy, on each stage we were in touch with them,” group spokeswoman Iryna Savchak told the newspaper. “Now, we are personally taking care of them in France.”

When word got out that Stepan and Anna were safe, his fans — who include celebrities like Britney Spears, actress Diane Kruger and model Hailey Bieber — rejoiced.

“My favorite cat I follow on Instagram in Kharkiv has made it to safety in France as refugee … after his neighborhood was terribly shelled by Russian forces, including even his own apartment building,” author Ben Judah said in a tweet.

Stepan, whom Anna rescued when he was a month old, skyrocketed to fame in 2019 when a TikTok set to Stevie Wonder’s “I Just Called to Say I Love You” featuring him with a glass of wine received over 27 million views, according to Yahoo News.

Late last year, he appeared in a Valentino ad with a $2,800 purse from the Italian designer.