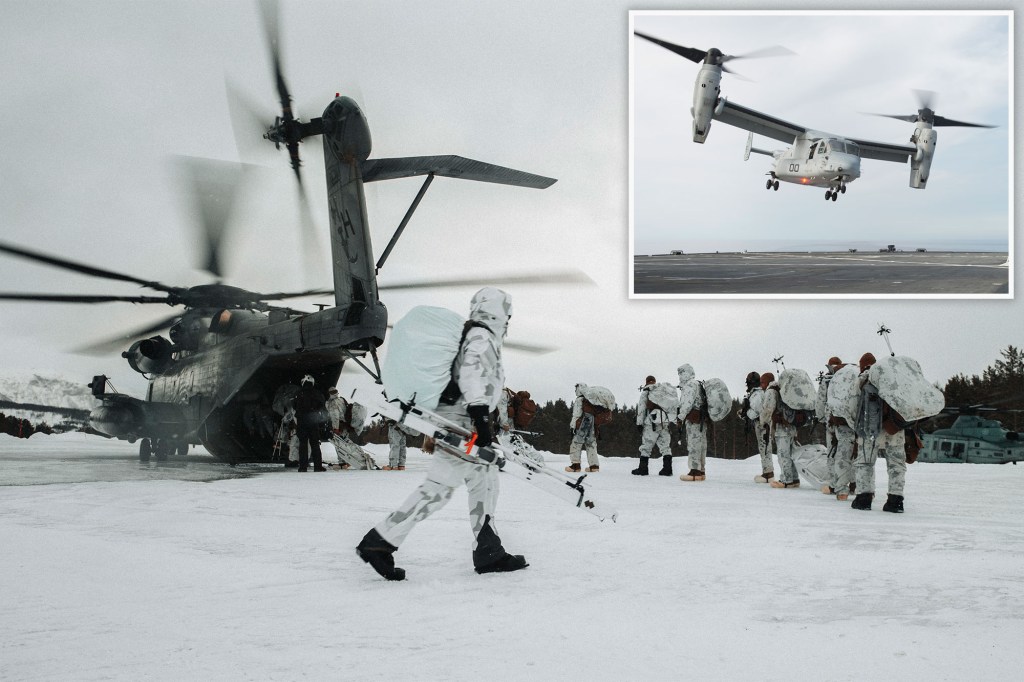 A US Marine Corps aircraft with four people on board crashed in northern Norway on Friday while participating in a NATO exercise several hundred miles from the Russian border, officials said.

The MV-22B Osprey was reported missing around 6:30 pm local time. A rescue helicopter and Norwegian military plane spotted the wreckage, according to Norwegian officials.

Air rescue efforts were thwarted by bad weather conditions and a ground response was underway, according to officials.

“It’s dark, the weather conditions are bad and there is a risk of avalanches,” Eilertsen said.

The Marines confirmed an “incident” involving an MV-22B Osprey aircraft in a statement.

The airplane-helicopter hybrid was taking part in a NATO drill entitled “Cold Response” when it was reported missing.

Thousands of Marines and sailors were among the 30,000 NATO troops taking part in military exercises just 200 miles from Russia’s border with Norway, according to US military news outlet Stars and Stripes.

The drills came three weeks after Russia invaded Ukraine — another European border country — and marked the biggest military exercises in Norway since the end of the Cold War, officials said.