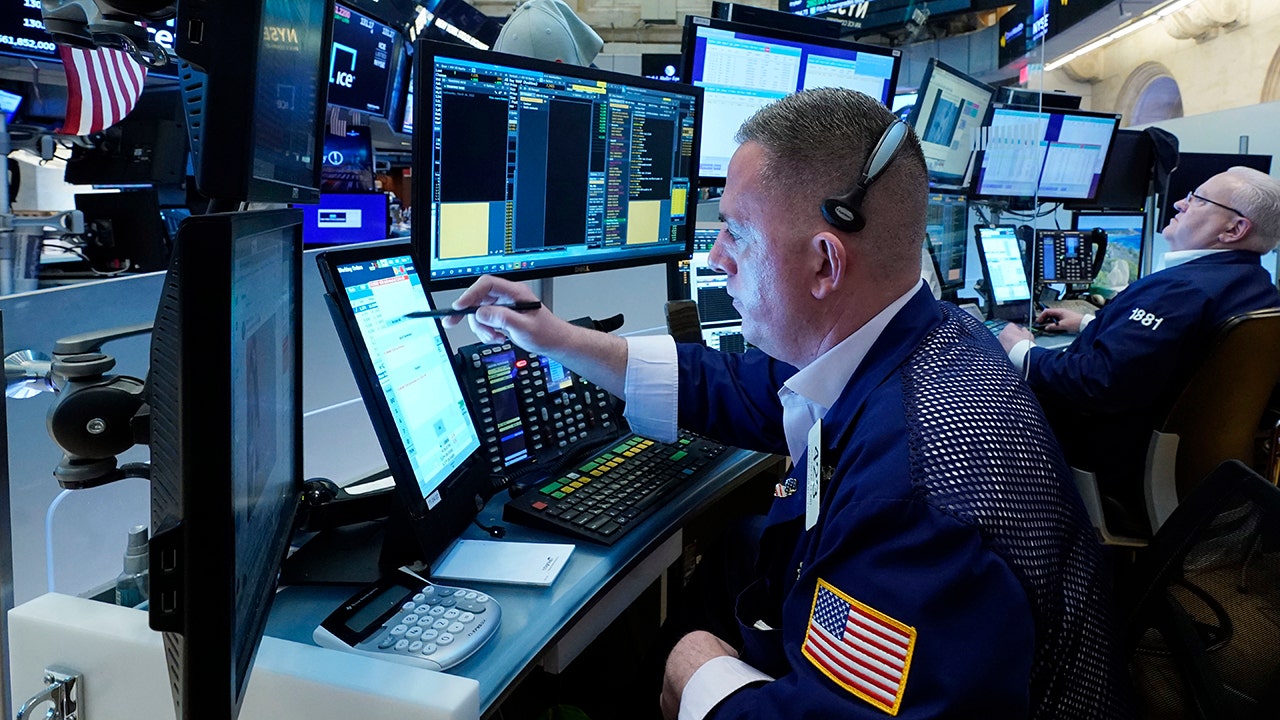 Here are your FOX Business Flash top headlines for March 21.

US stocks were whipsawing between negative and positive territory overnight after investors sold stocks and government bonds after Federal Reserve Chairman Jerome Powell reiterated the central bank’s commitment to controlling inflation through a rapid series of interest-rate increases.

The S&P 500 edged lower 1.94 points, or less than 0.1%, to close Monday at 4461.18 following comments from Powell about the possibility of more-aggressive interest-rate moves to tame inflation. Treasury yields rose following his comments, reaching their highest level since May 2019.

WHAT IS STAGFLATION?: WHY ECONOMISTS ARE WORRYING ABOUT A 1970S-STYLE DISASTER

Shares ended modestly lower Monday on Wall Street after bouncing around for much of the day.

On Wednesday, the central bank announced a quarter-point rate hike, its first interest rate increase since 2018. Stocks rallied after the announcement and went on to have their best week in more than a year. The central bank is expected to raise rates several more times this year.

Before Russia’s invasion of Ukraine added a new wave of global economic uncertainty to the mix, some Fed officials had said the central bank would do better to begin raising rates by a half-point in March.

Given rising risks of a recession, Clifford Bennett, chief economist at ACY Securities, said he believes the Fed should act cautiously.

“Europe will likely enter recession and with the world experiencing ongoing high energy and food prices, the poor will be disproportionately impacted. And raising interest rates will have zero impact on this war-driven inflation wave,” he said.

This week, there isn’t much US economic data to give investors a better sense of how companies and investors are dealing with rising inflation.

Russia’s invasion of Ukraine has added to concerns that inflation could worsen by pushing energy and commodity prices higher. Oil prices are up more than 45% this year and prices for wheat and corn have also surged.

Justin Flinn This week, there isn’t much US economic data to give investors a better sense of how companies and investors are dealing with rising inflation. ((AP Photo/Richard Drew/Associated Press)

Boeing fell 3.6% after a 737-800 aircraft operated by China Eastern Airlines crashed in China with 132 people on board. Reports Tuesday said there were no survivors. China Eastern’s shares sank 7% on Tuesday.

Meanwhile, Asian shares were higher Tuesday as investors eyed the war in Ukraine and inflationary risks including rising energy costs.

The Russian war on Ukraine and Western sanctions on Russia are adding to worries over disruptions to energy supplies for Europe and surging prices that might hinder progress toward economic recoveries from the pandemic.

“With no progress on peace talks, reports are circulating that the EU is setting the table for a Russian oil embargo. Higher energy prices will hugely harm the EU economy,” said Stephen Innes, managing partner at SPI Asset Management.

Hong Kong-traded shares in e-commerce giant Alibaba Group jumped 8% after the company increased a share buyback to $25 billion from $15 billion on Tuesday to prop up a stock price that has fallen by more than half since the ruling Communist Party tightened control over tech industries by launching regulatory crackdowns.