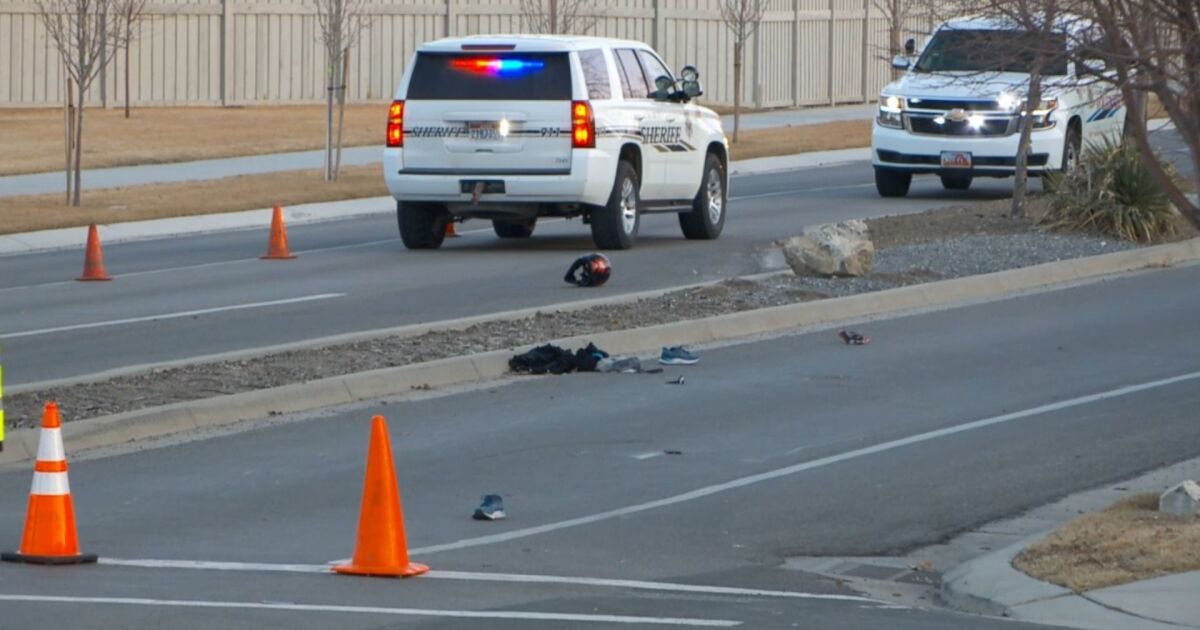 EAGLE MOUNTAIN, Utah — A man died Friday evening after he was hit by a dirt bike being driven recklessly on city streets, according to the Utah County Sheriff’s Office.

Police say the victim, a 19-year-old man, was in a crosswalk in Eagle Mountain just before 5 pm when he was hit.

The dirt bike, driven by a 14-year-old boy, was traveling at speeds up to 65 miles per hour, witnesses told police. Officials say he was driving south on Porters Crossing Parkway coming from Pony Express Parkway when he ran the stop sign at Evans Ranch Drive (approximately 4200 East and 7700 North).

The dirt bike hit the pedestrian, throwing him about 50-60 feet, UCSO Sgt. Spencer Cannon said, adding that the bike was not street legal. The 14-year-old slides about 200 feet with the bike.

Both the rider and pedestrian were airlifted to local hospitals, but the pedestrian died from his injuries while en route.

The victim’s name has not yet been released as police work to inform his family.

The dirt bike rider was in serious condition but expected to recover.

Both were Eagle Mountain residents.

Officials say two other underage teens were riding dirt bikes on the same road with the 14-year-old.