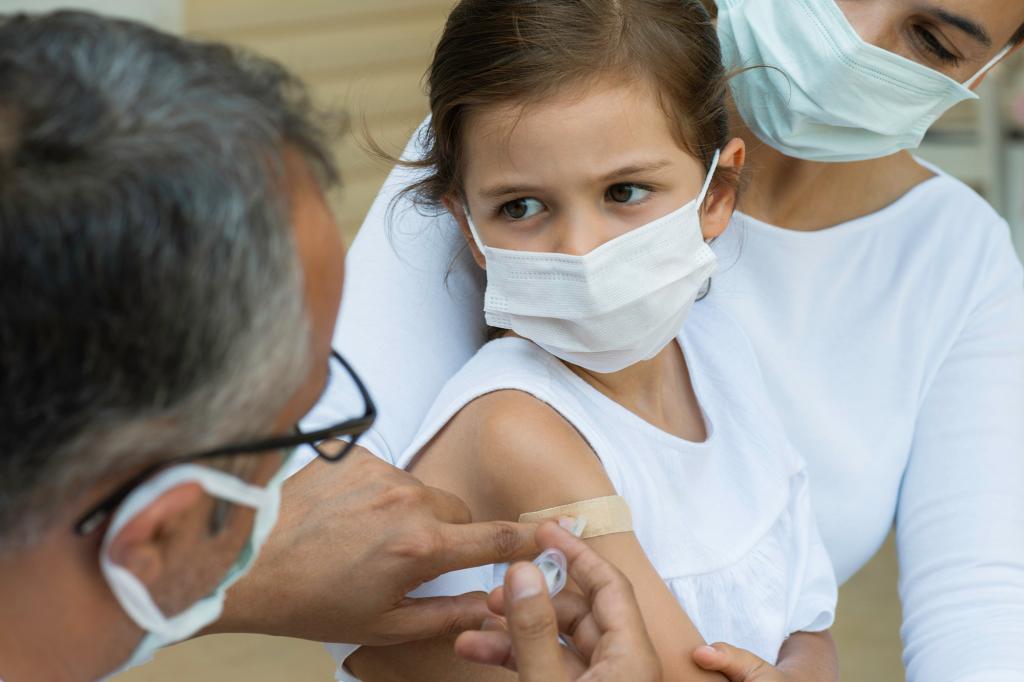 Global health experts are puzzled over a recent onslaught of liver disease in children, warning a mysterious outbreak of pediatric hepatitis has been detected in the US, Europe and Asia.

The Centers for Disease Control and Prevention issued a nationwide health alert last week that previously healthy children were suddenly developing hepatitis, or liver inflammation caused by a number of viruses.

The first US case was discovered in Alabama in October while cases in the UK popped up in January. Children as young as 1 month old to 16 have been affected.

While most cases are in Europe, experts said nearly 200 children globally have experienced sudden liver disease, while at least one has died and several others have required liver transplants.

Here are the warning signs and what to look for.

Hepatitis, in short, is severe liver inflammation. A vital organ for digestion and purifying the body of toxins, an inflamed liver could inhibit functions and wreak widespread havoc on the body.

While sometimes it can be mild and require no treatment, severe cases require hospitalization and can lead to liver failure and the need for transplantation.

Medical experts are uncertain what is causing the outbreak, BBC reported.

Hepatitis is usually caused by one of several contagious viruses, dubbed hepatitis viruses A, B and C, the ones most often detected in the US, as well as D and E — but these have not been found in the cases.

However, a possible link to a common cold virus — called adenovirus — is being investigated. Nine children in the Alabama cluster tested positive for adenovirus as well as some European cases.

UK officials declared “no link” between the cases and the COVID-19 vaccine because no children with hepatitis cases had received the vaccine, according to the Guardian.

Some experts, though, believe there could be one possible link to the pandemic: Since many children were in lockdowns for so long, social isolation may have weakened immune systems to a virus that may otherwise cause only mild symptoms, Bloomberg reported.

Where have cases been found?

The outbreak is widespread, with cases reported in as many as 14 countries throughout North America, Europe and Asia.

A CDC investigation found the first cases in the US were reported in Alabama, with the Alabama Department of Public Health identifying nine cases of hepatitis of unknown origin. The cluster was reported in October 2021 at a children’s hospital in Alabama with previously healthy youth ranging in age from 1 to 6 years old.

UK health authorities said Thursday 111 cases of pediatric hepatitis have been identified there. Another 40 cases have been reported in Denmark, Ireland, the Netherlands and Spain, according to the European Center for Disease Prevention and Control.

Meanwhile, the World Health Organization said Saturday that 12 countries have reported cases of acute hepatitis among children, 114 of them in the UK. Their tally last weekend did not include breaking reports of cases coming out of Canada, and at least one case in Japan, according to local media.

Jaundice, diarrhea and abdominal pain are among the most commonly reported symptoms along with fever, fatigue, loss of appetite, nausea, vomiting, dark urine, light-colored stools and joint pain. Jaundice, or yellowing of the skin or whites of the eyes, is a telltale sign of a sick liver as it fails to properly dispose of bilirubin, a yellowish byproduct of blood filtration.

As well as typical hepatitis viruses, doctors should test for adenovirus in patients with these symptoms and report possible cases to public health officials.

Dr. Alexander Weymann, director of the Liver Center at Nationwide Children’s Hospital in Columbus, Ohio, told the New York Times specifically that parents should seek medical attention if children experience pain in the right upper abdomen, where the liver is located, when the area is touched.

What are the steps of action?

The CDC said all physicians and families should be on the lookout for symptoms and report any suspected cases to their state and local health departments.

To minimize risk, CDC encourages many of the same methods of prevention as COVID-19 which include washing hands often, avoiding touching the face and mouth and keeping distance when possible.