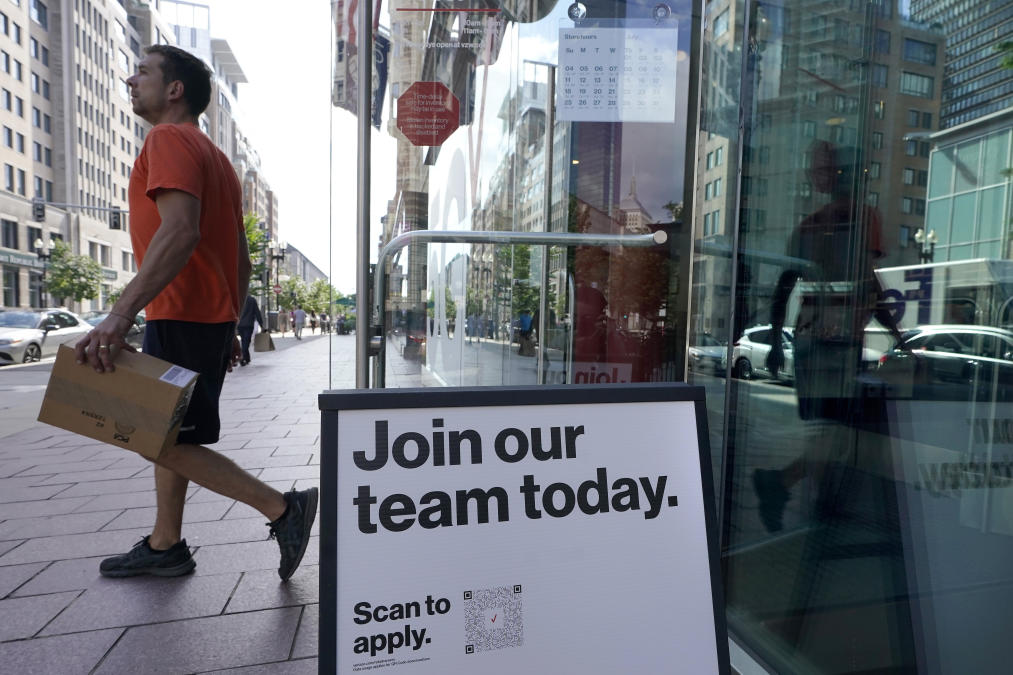 Initial unemployment claims rose modestly after reaching a 50-year low as employers continue to show reluctance in reducing their workforces in the current competitive labor market.

The Labor Department released its latest weekly jobless claims report Thursday at 8:30 am ET. Here were the main metrics from the print, compared to consensus estimates compiled by Bloomberg:

Weekly unemployment claims edged higher for the first time in three weeks but rose only marginally from multi-decade lows set just last week. At 188,000, last week’s tally for new jobless claims marked the lowest level since September 1969. And continuing claims, which track the total number of individuals claiming ongoing benefits on regular state programs, have also fallen precipitously and reached just over 1.3 million in mid- March. The last time it reached that level was in December 1969.

While the weekly jobless claims data have been volatile, the reports over the past several months have shown a clear decrease in the number of individuals newly rendered out of work. While the quits rate has been elevated — and last rose by 0.1 percentage points to reach 2.9% in February — movement between jobs has also been high, with workers largely confident in their abilities to find new roles after leaving their previous positions.

However, the relatively low numbers of new jobless claims belies the strain still facing employers, who have still largely struggled to find enough labor to meet demand. However, some of this deficit has started to be filled, especially as jobs have grown for 14 consecutive months, based on the Labor Department’s monthly non-farm payrolls data. Job growth is expected to extend that streak in March in the forthcoming monthly jobs report due out Friday.

Consensus economists are looking for non-farm payrolls to rise by 490,000 in March, based on Bloomberg data. While this would slow compared to February’s increase of 678,000, it would still represent a monthly gain well above pre-pandemic trends. And the unemployment rate is likely to dip to 3.7%, improving to the lowest level since February 2020.

“On-pace jobs growth in March would put the labor market on track to return to pre-pandemic employment levels this June,” Daniel Zhao, Glassdoor senior economist, wrote in an email Wednesday. “The prime-age employment population ratio is on a similar trajectory, only 1 percentage point below pre-pandemic levels.”

During the survey week for the March jobs report, or the week including the 12th of the month, jobless claims dipped to just over 200,000, hovering at about the same level as the weekly average from 2019 before the pandemic.

Other recent reports have also offered hints at another solid month of job growth in March. On Wednesday, ADP reported that private payrolls rose by 455,000 over the past month, coming in a hair above consensus expectations. That also marked a fourth consecutive month of private sector employment growth above 400,000.