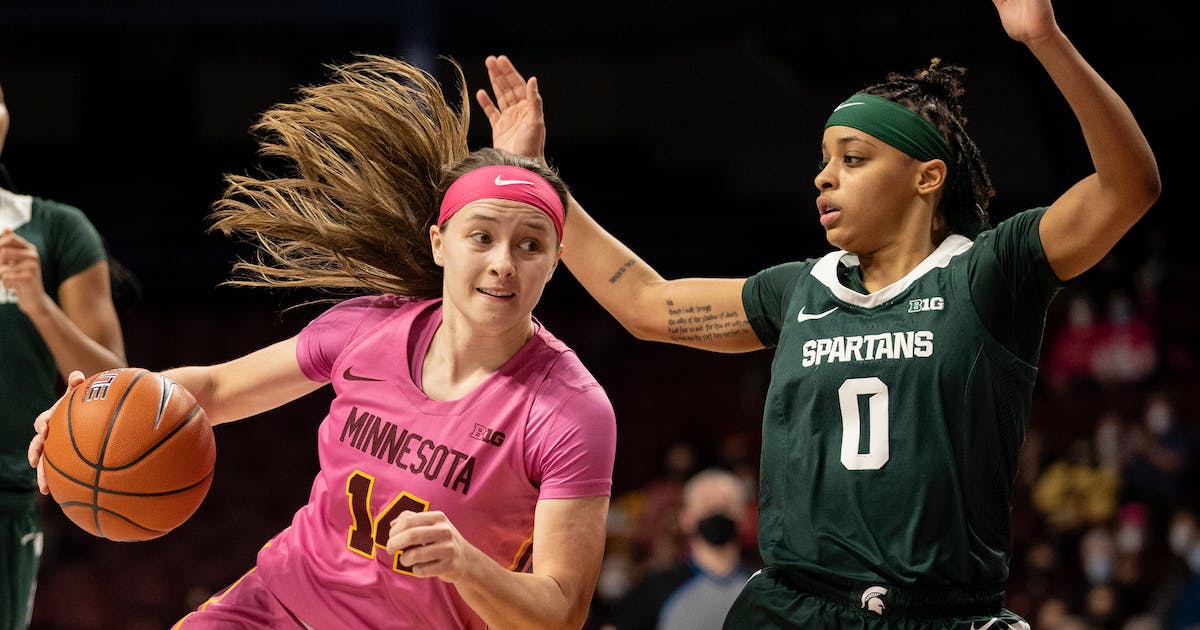 The Gophers women’s basketball team has lost another player at the NCAA transfer portal. But this one might be the most difficult to take.

Stillwater’s Sara Scalia, the team’s leading scorer the past two seasons, has entered the portal. Scalia was coach Lindsay Whalen’s first recruit. A starter from early in her freshman season, Scalia averaged in double figures in each of her three seasons with the Gophers.

“The clock is ticking. She’s a pretty strong-minded kid. She was like, ‘I want to win.’”

“I met with Sara [Wednesday] and she told me her intentions of entering the transfer portal,” Whalen said. “I thanked her for her contributions to the women’s basketball team and wished her well moving forward.”

The NCAA portal has become big business. Among power five conference teams, as of Thursday morning, 163 players have entered the portal. In Division I in total, 843 players have decided to change teams.

It has happened to the Gophers, too. Guard Jasmine Powell, part of the same recruiting class Scalia was in, left during mid-season, and will play for Tennessee. Forward Kadi Sissoko announced his decision soon after the Gophers season ended with a second-round WNIT loss at South Dakota State.

Post players Erin Hedman and Klarke Sconiers, who had struggled to find playing time, have also entered the portal.

Of all the players, Scalia might be toughest to replace. This season she averaged 17.9 points and made 111 of 269 threes (41.3%). She scored 20 or more points 12 times, 30 or more points four times, including the team’s first-round WNIT victory over Green Bay, when she scored 17 of her 33 points in the fourth quarter.

Scalia’s father, Peter, said Sara’s relationship with Whalen and her staff was a good one. But it appeared the Gophers and Scalia might have been in a different spot right now. Scalia has two years of eligibility remaining while the Gophers — even with a highly-ranked recruiting class coming in — was more in a rebuild mode.

And, at this point, that might be with another program.

This is something the Scalia family has been discussing for a while, and it wasn’t an easy decision. Peter Scalia said there were times when Sara, well-known for her work ethic in the gym, was looking for teammates with the same commitment.

“This freshman class is coming in with that work ethic,” he said. “But there are unknowns in year one, with how quickly these kids will develop.”

Scalia scored in double figures in 22 straight games, a streak that was snapped at South Dakota State.

Whalen and her staff will have to work to replenish the roster. With the transfers and with the players lost to graduation, the Gophers currently have four players in guards Alexis Smith, Maggie Czinano and Katie Borowicz and post player Alana Micheaux.

Whalen has a 10th-ranked recruiting class coming in, a four-player group all from Minnesota in guards Mara Braun (Wayzata) and Amaya Battle (Hopkins) and forwards Nia Holloway (Eden Prairie) and Mallory Heyer (Chaska).

Still, the Gophers will have to avail themselves of the transfer portal to add experience in general and get help in the post specifically. Among the players returning next year only Smith (13) Borowicz (one) and Micheaux (16) have started games. The Gophers need experience, three-point shooting and a presence in the post.