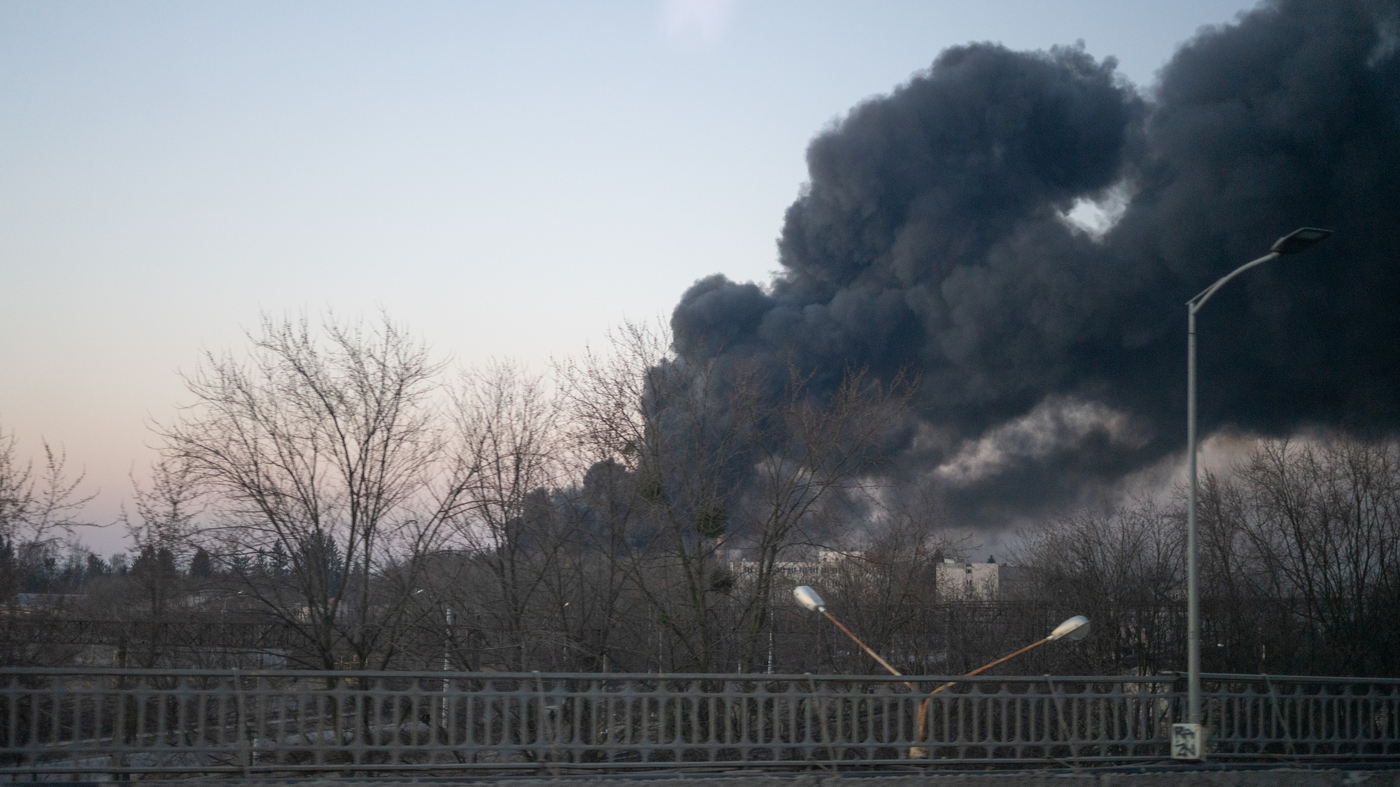 Smoke billows over a street near the airport in Lviv, Ukraine.

Smoke billows over a street near the airport in Lviv, Ukraine.

As Friday draws to a close in Kyiv, Ukraine, and in Moscow, here are the key developments of the day:

Russian missiles hit a plant on Lviv’s outskirts in western Ukraine, an area that has served as a relative safe haven. The strike targeted a repair facility for fighter jets. Ukrainian officials said missiles were launched from the Black Sea. On Lviv’s historic square, 109 empty strollers were lined up in a visual installation, representing children killed in the war.

At least 130 people have been pulled from the Mariupol theater that was hit earlier this week by a Russian airstrike. Hundreds more remain under the rubble as rescue crews work to find them, Ukrainian officials said.

The United Nations says nearly a quarter of Ukraine’s population is now displaced by the war. On top of the 3.2 million Ukrainians who have fled the country, another 6.5 million people have been displaced within Ukraine, according to the UN’s International Organization for Migration.

President Biden spoke with Chinese leader Xi Jinping about the implications for Beijing if it decides to provide material assistance to Russia for its invasion of Ukraine. The White House has not publicly described those implications.

Russian President Vladimir Putin made a rare public appearance at a stadium in Moscow, packed with thousands of flag-waving people and banners reading “For Russia” and “For a World without Nazism.” He praised Russian fighters in what he calls the “special military operation” in Ukraine, saying the effort had united the country.

Ukraine appears to have stalled Russia’s advance. Here’s what that could mean.

Far from the front lines, Ukrainians guard checkpoints and wait for the war to come.

The World Health Organization says Ukrainian health care is under attack, and it needs more funds to help.

McDonald’s is exiting Russia, but its golden arches may not be going far.

Some see hints of McCarthyism in the cultural boycott of Russia.

We’re not hearing much about WNBA star Brittney Griner since her detention in Russia. Could that be good?

You can read more news from Friday here, as well as more in-depth reporting and daily recaps here. Also, listen and subscribe to NPR’s State of Ukraine podcast for updates throughout the day.