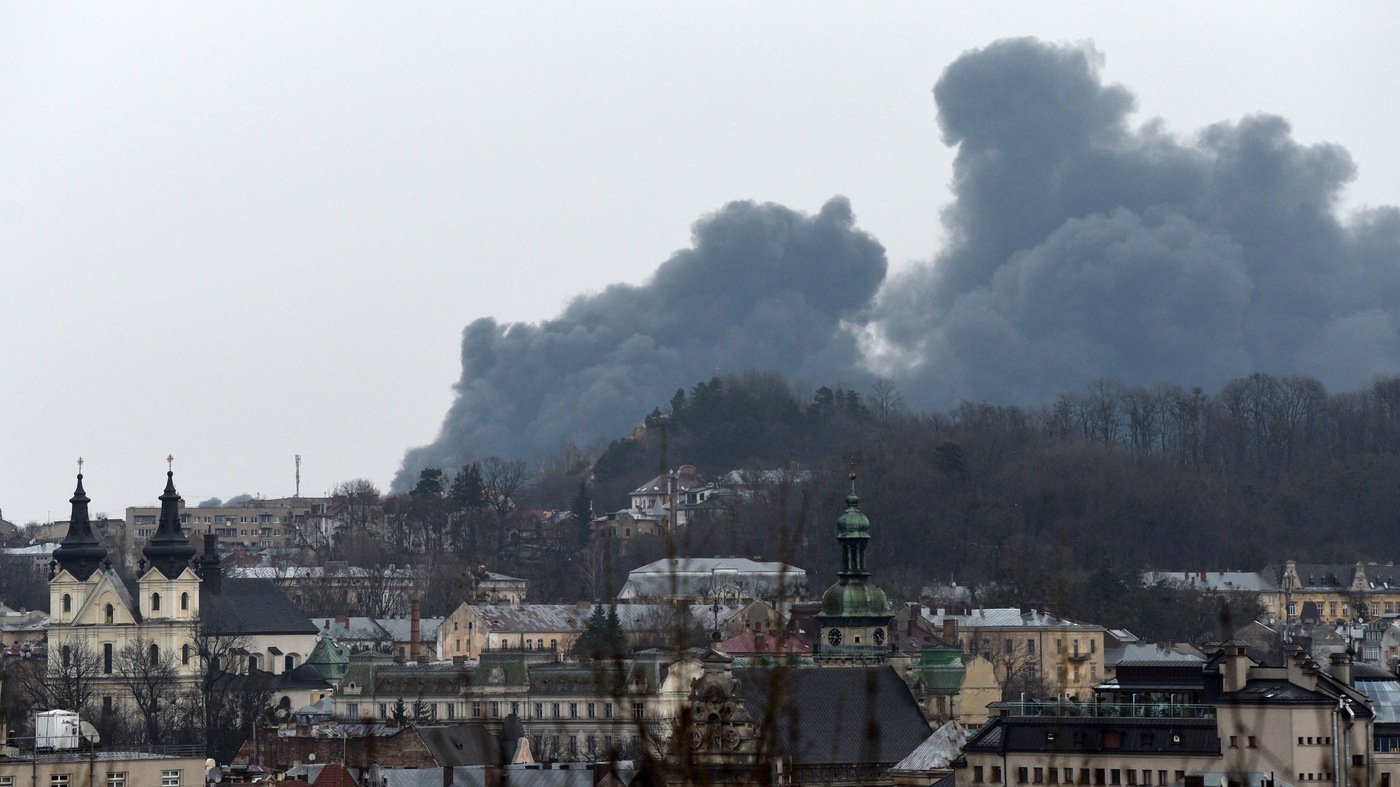 Dark smoke rises from a fire following an airstrike in the western Ukrainian city of Lviv on Saturday.

Dark smoke rises from a fire following an airstrike in the western Ukrainian city of Lviv on Saturday.

As Saturday draws to an end in Kyiv and in Moscow, here are the key developments of the day:

Russian forces attacked the western Ukrainian city of Lviv on Saturday evening local time, just one day after its military announced it would refocus its strategy on the eastern part of Ukraine. Lviv officials say there were three powerful explosions.

President Biden met with Ukraine’s defense minister, Oleksii Reznikov, and his foreign minister, Dmytro Kuleba, in Warsaw, Poland, as the US continues to show support for the besieged nation one month after Russia’s invasion. The meeting happened before Biden gave a major speech in Warsaw.

President Biden also spent part of his visit to Poland meeting with Ukrainian refugees who have been displaced in the last month by the invasion.

Russian forces are being met with Ukrainian protesters in the cities they invade. Across the border in Poland, protestors also gathered in the streets to protest in support of Ukraine.

Here’s what support for Ukraine looks like across the US

Near Russian-controlled areas of Georgia, people are watching what happens in Ukraine.

Alcohol bans in Ukraine have led to a whisper network among those seeking a drink.

Russia stashed away billions before invading Ukraine. China may have helped hide it.

You can read more news from Saturday here, as well as more in-depth reporting and daily recaps here. Also, listen and subscribe to NPR’s State of Ukraine podcast for updates throughout the day.