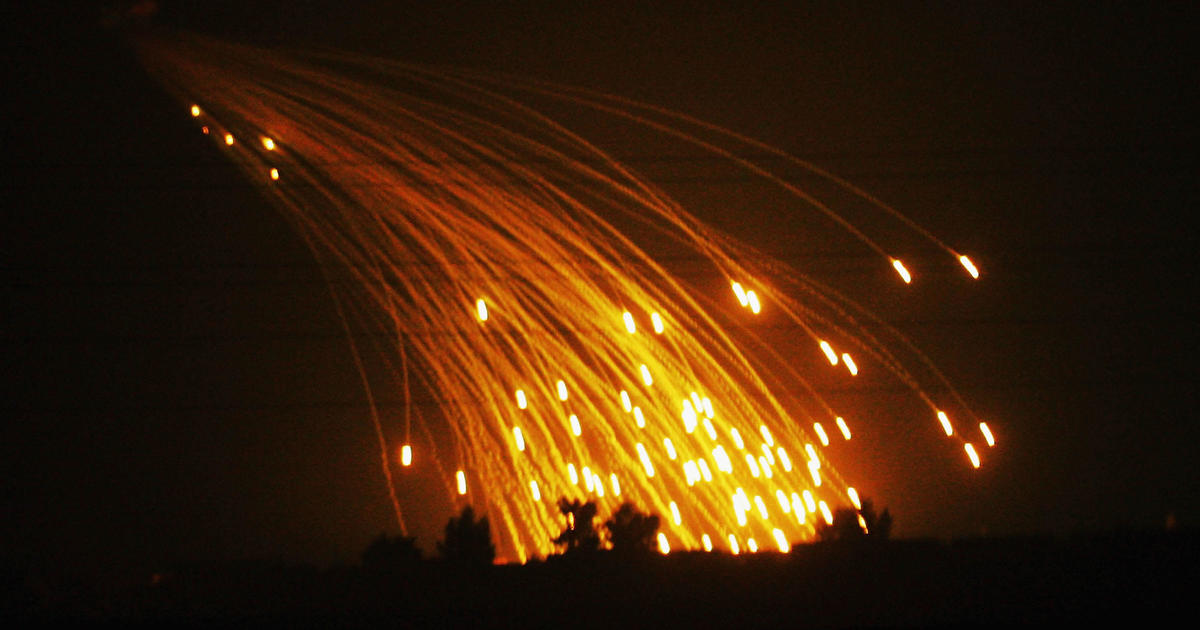 London— Ukraine’s President Volodymyr Zelenskyy told a NATO summit on Thursday that Russia had used white phosphorus against civilians in his country.

Their use has not been independently confirmed, but the news caused concern that Russia may be escalating its tactics by unleashing a particularly destructive and disturbing type of weaponry as its ground invasion of the country stalls due to logistical problems and fierce Ukrainian resistance.

What is white phosphorus?

White phosphorus is a wax-like chemical substance, often yellowish or colorless, that some people say smells like garlic.

It ignites instantly when it comes into contact with oxygen, and its primary function in weaponry is to burn, fast and bright. It is used in incendiary munitions by militaries around the world, including the United States, often to illuminate targets as part of tracer munitions at night.

White phosphorus is also used to create smokescreens during the day, as it puts off a huge amount of smoke when it burns.

It can ignite fast-burning, fast-spreading fires on the ground, and once ignited, white phosphorus is extremely difficult to extinguish. The substance sticks to many surfaces, including skin and clothing.

All of those properties make it extremely dangerous to civilians. White phosphorus can cause deep burns, all the way down to and even through bone, and can reignite after initial treatment.

So is using it a war crime?

Because of its incendiary effects, the use of phosphorus in war is supposed to be tightly regulated under international law — but it is not banned. Phosphorus is not classified as a chemical weapon under the Chemical Weapons Convention.

When used as a weapon, it can cause fire to rain down on targets, inflicting indiscriminate damage. It is illegal, therefore, for phosphorus to be used near civilians, because international law requires that combatants distinguish between civilian and military elements.

There have been documented civilian casualties from the use of white phosphorus in war zones around the world, including Syria, Afghanistan, Gaza and elsewhere, according to Human Rights Watch.

The organization has called on world leaders to close loopholes in the international agreement governing incendiary weapons, or fully ban them, but claims that “a small number of countries have blocked progress.”

Secretary of State Antony Blinken announced this week that the US assesses that “members of Russia’s forces have committed war crimes in Ukraine,” and noted “credible reports of indiscriminate attacks and attacks deliberately targeting civilians” — but he did not include any mention of allegations involving use of white phosphorus.

Haley Ott is a digital reporter/producer for CBS News based in London.