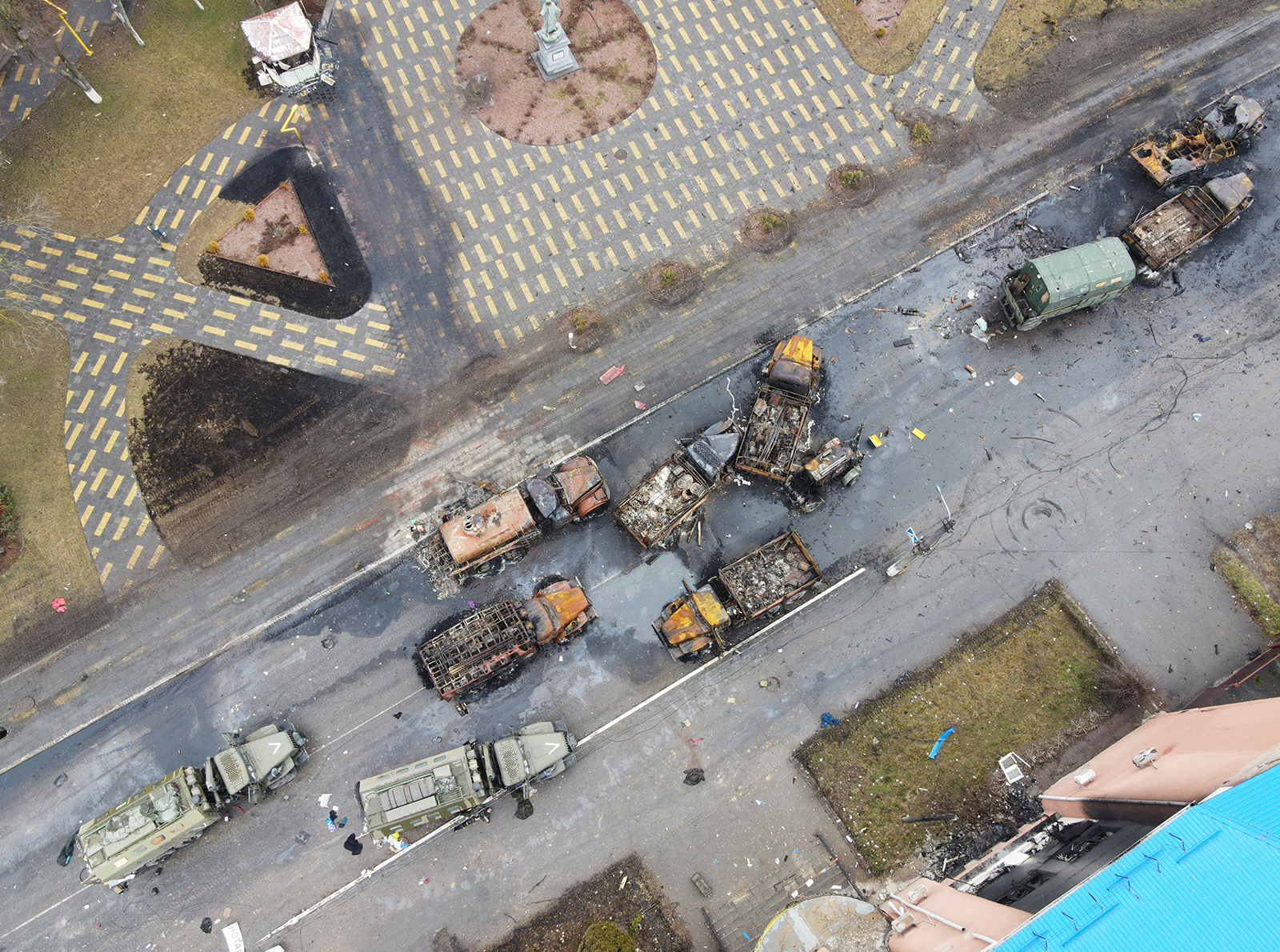 It’s been nearly a month since Russia launched its invasion of Ukraine, deploying tens of thousands of troops into an offensive against its neighbor from three sides.

While Ukraine’s military is much smaller, its forces have mounted a fierce resistance that has managed to hold off Russian advances in some parts of the country. A senior NATO intelligence official said Monday signs were pointing to a stalemate emerging in Russia’s offensive, with Russian ground forces remaining stalled and Russian combat aircraft unable to achieve air superiority.

Precisely how many Russian troops have been killed in their campaign thus far is unclear.

On March 2, a Russian defense ministry spokesman put the number of dead Russian military personnel at 498. But that number has not been updated by officials since then.

Then on Monday a pro-Putin Russian tabloid published — then later removed — a report with an updated toll of 9,861 Russian armed forces deaths in the war in Ukraine, citing the Russian defense ministry.

The report from the tabloid Komsomolskaya Pravda originally read: “According to the Russian Defense Ministry, during the special operation in Ukraine, the Russian Armed Forces lost 9861 people killed and 16153 wounded.”

CNN analyzed the website’s HTML code, which indicated that the article was published on Monday at 12:09 am Moscow time.

Seconds after CNN read the original article — at 9:56 pm Moscow time, according to the HTML code — the story was updated and all references to the death count were removed. That update on the outlet’s website came shortly after the article began to get attention from social media posts, which referenced the death count.

The original report from the tabloid is in line with US Department of Defense estimates that there have been up to 10,000 Russian military deaths. Ukraine has put the number even higher.

CNN is not able to independently verify any of these figures.

After the update, Komsomolskaya Pravda, published a statement saying that “access to administrator interface was hacked” and that “a fake insert was made into a publication.”

They claimed that “inaccurate information was immediately removed.” CNN analysis showed that the update came after 21 hours.

The Kremlin dodged questions on the course of the war in Ukraine, which were put to the Defense Ministry on Tuesday. The ministry said it “does not have the authority” to publicize a count of Russia’s military deaths while the “military operation” is still ongoing.