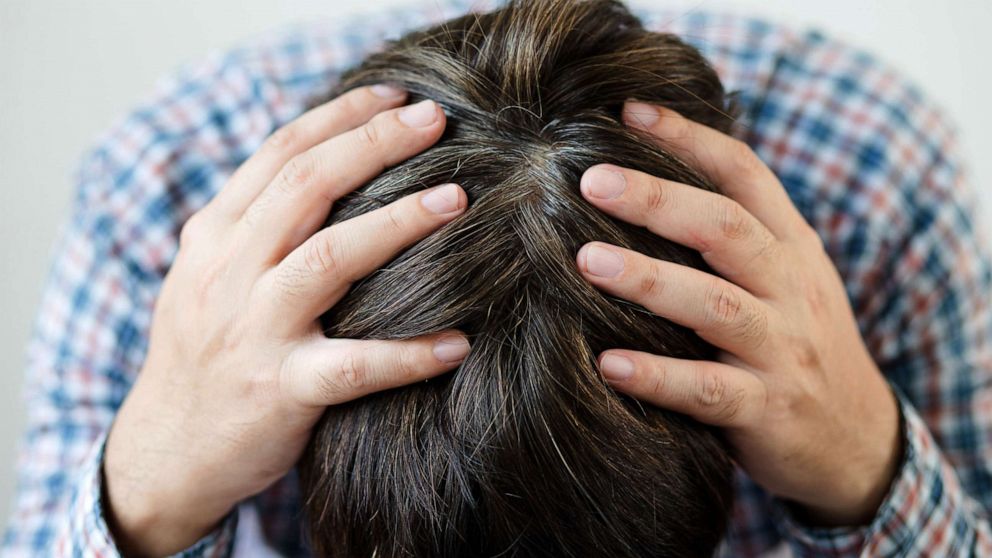 This is a MedPage Today story.

In preliminary work that will be presented at the American Academy of Neurology annual meeting, researchers led by Dr. Joanna Hellmuth, of the University of California, San Francisco, found an “inflammatory signature” in the cerebrospinal fluid of 13 people who had cognitive lingering problems 10 months after they had their first COVID-19 symptoms.

People with persistent cognitive problems after mild COVID-19 had higher levels of two inflammatory markers in their spinal fluid — C-reactive protein and serum amyloid A — compared with those who had COVID-19 and no cognitive symptoms, Hellmuth and co- authors reported.

Vascular endothelial growth factor markers were also higher in these people, with some measures specific to people who experienced cognitive changes soon after being infected.

“This is an important observation,” said Dr. Avindra Nath, clinical director of the National Institute of Neurological Disorders and Stroke at the National Institutes of Health, who wasn’t involved with the study, told MedPage Today. “It suggests vascular injury and repair in the brain may set up the inflammation.”

“Many millions of people experience persistent cognitive issues after SARS-CoV-2 infection, which can impact even young, healthy adults who had a mild case of COVID,” Hellmuth noted. “However, there are not yet effective laboratory tests or treatments for COVID-associated cognitive changes, in part because we do not understand the underlying biology.”

This was a very small study, Hellmuth acknowledged, but the findings, if true, imply that inflammation within the brain may contribute to cognitive changes after COVID-19, and COVID-19 infection could trigger immunovascular dysregulation through endothelial activation and dysfunction.

Changes in the brain

Earlier research found damage caused by thinning and leaky blood vessels in brain tissue samples of people who died with COVID-19, but did not link those changes and resulting inflammation with post-COVID cognition.

Other studies established that post-COVID cognitive changes were similar to symptoms seen after other viral infections like HIV or Ebola, or after chemotherapy.

In preprint research awaiting journal publication, Monje and co-authors found parallels between the type of cell dysregulation that happens after chemotherapy and mild COVID-19.

“We found the same pattern of white matter-predominant microglial reactivity in the brains of people with COVID-19 that we found in the people after chemotherapy,” Monje said.

Recent research has shown that people with mild COVID had a greater decline in executive function — notably in their ability to perform complex tasks — that dovetailed with brain changes seen before and after COVID-19 on an MRI. In a UK Biobank study, 401 COVID-19 patients showed a greater loss of gray matter volume and more brain tissue damage an average of 4.5 months after infection compared with people who never were infected.

“The UK Biobank study shows the first truly compelling data of a measurable change in the brain structure in people with COVID-19,” said Dr. Serena Spudich, a Yale University neurologist specializing in nervous system infections, who wasn’t involved with the research.

“A key aspect of this study is its focus on people with mild COVID-19,” Spudich told MedPage Today. “Only 4% of patients were hospitalized during their bout of acute COVID-19, so the findings come from a population that parallels the experience of most people worldwide who’ve been infected.”

What drives post-COVID cognitive changes is still a mystery.

“The mechanisms have not been very well studied,” Nath said. “The indications are that there’s at least a subset of persistent immune activation. Now the question is, what type of immune activation are we seeing?”

He added, “My guess is that we’re seeing largely macrophage activation, or what I call ‘markers of innate immune response.’ What we see in the brain at autopsy is activation of microglia. Once those cells get turned on, they’re very hard to turn off. Persistent symptoms are likely to come from that kind of immune activation.”

He continued, “But an argument I would make is that with COVID, you’re dealing with a very different beast. You’ve got billions of people infected. It takes years to figure out mechanisms. Can we really afford to wait that long ?”