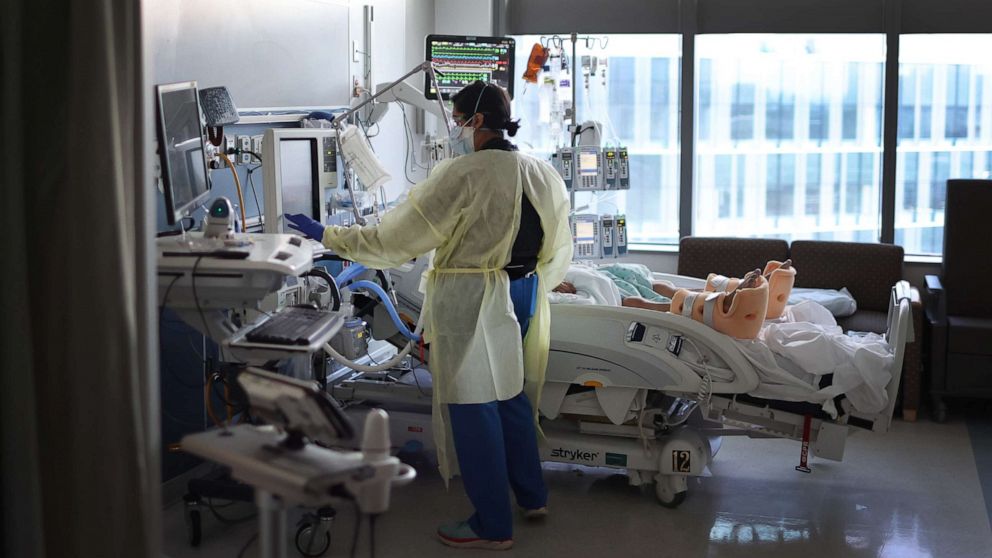 When the omicron wave hits the United States, it spread throughout the country like wildfire.

Different models estimate that anywhere from 50% to 75% of Americans had been infected with the variant by the end of the surge.

So, what does that mean for the rest of the US population that did not contract COVID-19 during the last wave?

Because omicron has shown the ability to cause breakthrough infections despite vaccination status, this has led to fears that everyone will catch the virus at some point. However, it is important to clarify that the COVID vaccines continue to be highly effective in its primary purpose in preventing hospitalization and death.

However, public health experts said it’s not inevitable Americans who have not gotten COVID yet eventually will, and that there are several reasons people have been able to avoid infection so far, including certain behaviors such as being serious about masking and social distancing, vaccination rates and maybe even genetics.

Why some people haven’t gotten COVID yet

Doctors said there are several reasons millions of Americans have yet to contract the virus.

One of those reasons is human behaviors, meaning people take proper precautions to lower their risk of getting infected.

“Sometimes people don’t get infected because they’re extremely cautious,” Dr. Mark Siedner, an associate professor of medicine at Harvard Medical School, told ABC News. “There are people who have their own health behaviors or are concerned about their own health or their loved ones’ health.”

He continued, “Maybe they have comorbidities … they may be the kind of people who are largely homebound, or not really interacting with others or are particularly careful with things like social distancing and masking, and that certainly can stop a lion’s share of infections or certainly decrease the risk to where it’s unlikely you’d be infected.”

These people are also more likely to have been vaccinated and boosted, and the experts said it’s impossible to disregard the effect vaccination rates have had on preventing infections among Americans.

Dr. Jonathan Grein said there are also social and environmental reasons that could determine why some Americans have been infected and others haven’t, including how much time people spend with others and where they interact.

“Some people may come into more contact with people more regularly than others,” Grein, director of hospital epidemiology at Cedars-Sinai in Los Angeles, told ABC News. “There’s probably environmental reasons as well, the virus is probably transmitted more efficiently in certain circumstances like classically the indoor, poorly-ventilated space compared to outside.”

However, genetics could also be playing a role.

Dr. Stuart Ray, a professor of medicine at Johns Hopkins University, said similar circumstances have been seen in people who were at high risk for HIV but did not contract the disease.

“One of the things that was discovered was people who had mutations in [a certain] receptor … and that was associated with not getting infected with HIV and in the uncommon people who do get infected, very slow progression to AIDS,” he told ABC News.

Although there has not yet been a clearly identified gene, Ray said it’s feasible some people are genetically less susceptible to COVID.

Is infection with COVID-19 inevitable?

The experts said they don’t believe that infection with COVID-19 is inevitable or at least inevitable for everyone.

“The fact that we’re now two years in and a substantial number of people have not yet been infected is good evidence that it’s not inevitable everyone will get it,” Grein said. “One thing we’ve clearly identified is that being vaccinated is the most important variable in deciding how protected somebody may be.

However, Ray said he thinks Americans who are unvaccinated but haven’t contracted the virus yet eventually will.

“As these variants have become more and more infectious, the likelihood that those people will get infected seems significant,” he said. “I do think it’s likely that people who have not been vaccinated and not had COVID will eventually get it because we are not going to be tracking infections as closely as we have in the past and so there will be less awareness as the virus renters the community … and at some point their bubble will burst if they are not immune.”

Dr. Peter Chin-Hong, an infectious diseases specialist at the University of California, San Francisco, said the COVID situation in Hong Kong is a “horror story” of what can happen in an unvaccinated country.

Hong Kong currently has the world’s highest COVID-19 death rate with a seven-day rolling average of 37.68 per million people, according to Our World in Data.

Early in the pandemic, Dr. Anthony Fauci and other public health experts said the US needed to vaccinate 75% to 85% to achieve herd immunity.

Currently, only 65.3% of all Americans are fully vaccinated.

Then, when UK Prime Minister Boris Johnson announced last month he would be dropping the remaining COVID-19 restrictions in England, supporters said one of the reasons was because government figures showed more than 98% of the adult population in England has detectable COVID-19 antibodies either from previous infection or from vaccination.

But officials said there is no number in the US for which officials can declare there is “enough immunity.”

“The game has been changed to some extent because the virus has been able to infect so many people and evolve,” Ray said. “It’s level of infectivity right now is so high that the levels of antibodies required to prevent infection, the level we need to achieve is hard to sustain for a long period of time.”