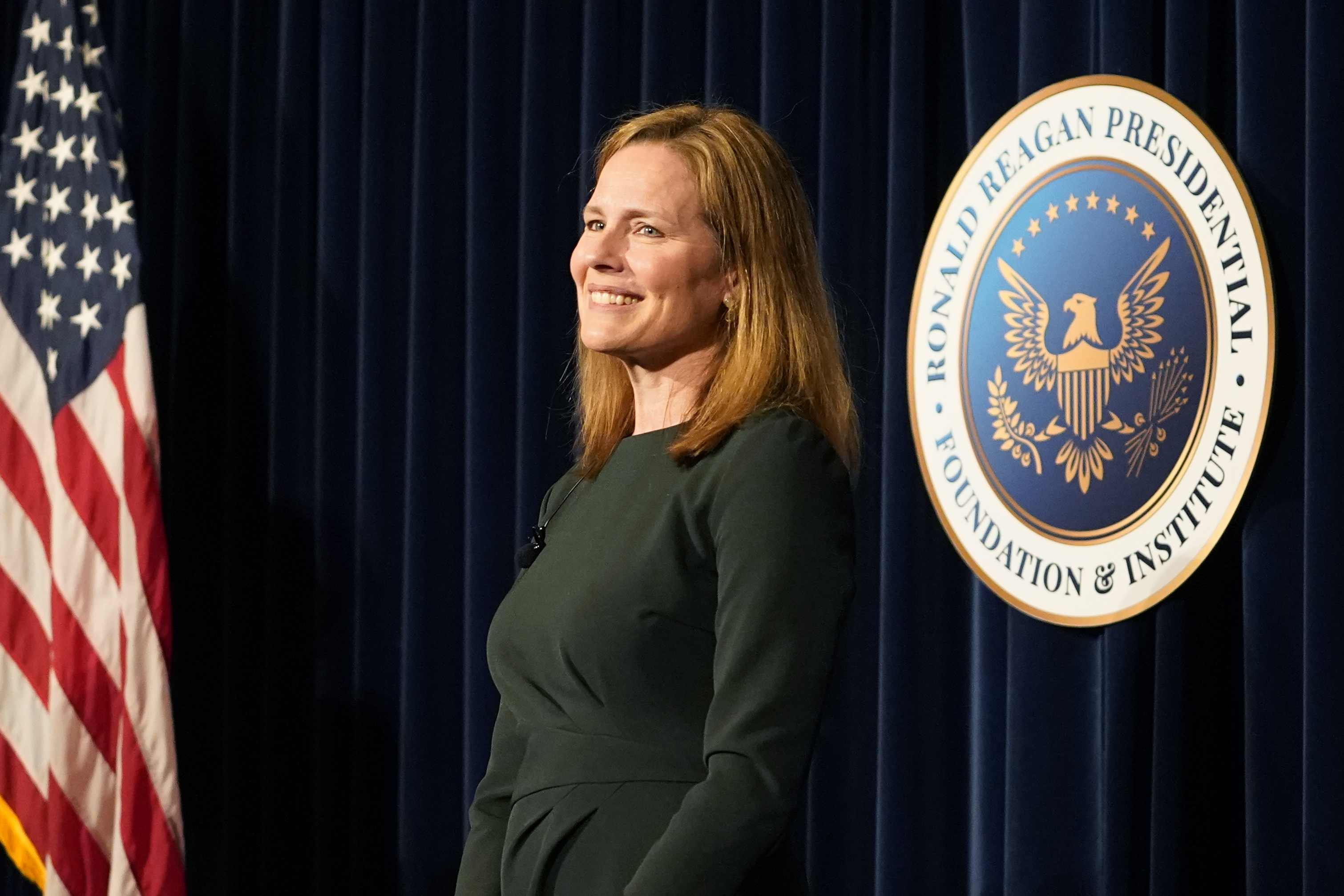 “Does (the decision) read like something that was purely results driven and designed to impose the policy preferences of the majority, or does this read like it actually is an honest effort and persuasive effort, even if one you ultimately don’t agree with , to determine what the Constitution and previous requires?” she asked.

The program was briefly interrupted by a heckler. Barrett said afterwards, “As a mother of seven, I am used to distractions and sometimes even outbursts,” which elicited a round of applause from the capacity crowd.

In a wide-ranging, 45-minute interview at the hilltop library, Barrett also spoke dubiously of introducing cameras to the high court, defended free speech rights and admitted she is a lousy basketball shot.

While she said she was not expressing an opinion on cameras in the courtroom, she added “people don’t behave the same when they know that there’s a camera there.”

Barrett’s appearance at the library—in Simi Valley, northwest of Los Angeles—came on the same day that Republican Sens. Lisa Murkowski and Mitt Romney said they will vote to confirm Judge Ketanji Brown Jackson’s nomination to the Supreme Court, bolstering bipartisan support for the first Black woman to be nominated.

Barrett was asked what advice she would have for a new justice.

“I think one of the difficult things that I experienced that I wasn’t really fully prepared for, was the shift into being a public figure,” she said. “Also, security is much different now. … We all have security details and that’s different.”

Barrett was nominated by then-President Donald Trump to fill the vacancy after the death of liberal icon Ruth Bader Ginsburg. She was confirmed without Democratic support in late October 2020 – just days before the election — in a deeply divided Senate, 52-48. Her approval by the Senate’s Republican majority cemented conservative control of the court.