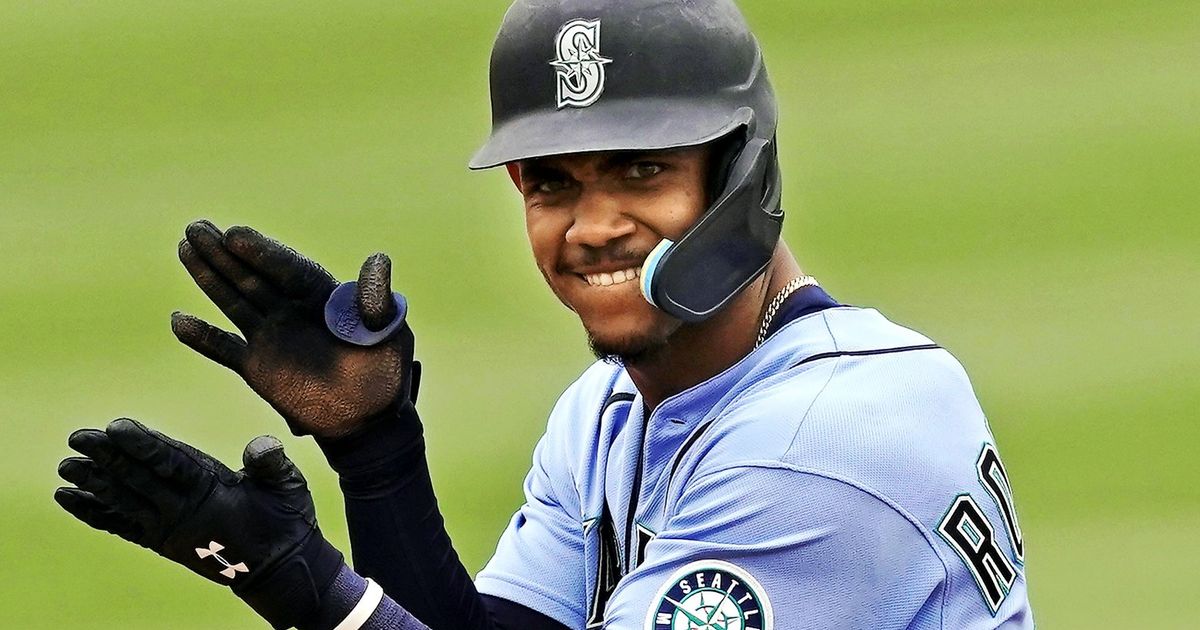 You can measure a lot in baseball: The distance of a home run, the speed of a four-seamer, wins above a replacement player, etc.

Manager Scott Servais announced Monday that outfielder Julio Rodriguez — the top prospect in the organization — will be on the opening-day roster. It was management’s way of saying “we’re going for this thing — not waiting around.” President of baseball operations Jerry Dipoto could have kept him in the minors for another couple of months of development, but that isn’t happening. Rodriguez is up—and the enthusiasm is, too.

I understand that the M’s have been the kings of the bait-and-switch over the past several years. They haven’t put together consecutive winning seasons since 2002-03. They trick fans into thinking this miserable 21-year playoff drought will end every spring and then maintain that misery. This year is certainly set up for that.

Seattle went 90-72 last year despite giving up 51 more runs than it scored. Baseball-reference.com said that based on the team’s talent and performance, it should have won 76 games. But formulas and predictions never applied to the 2021 Mariners, who frequently found themselves on the right side of one-run and extra-inning games. And with everything they’ve added, could you blame fans for trying to kick Lucy’s football again?

None of those sentences was true last season. Dipoto definitely delivered an upgrade. Is it possible this project fails even if the team stays relatively healthy? Of course. I was in San Diego in 2015 when the Padres acquired Matt Kemp, James Shields, Justin Upton, Derek Norris and Craig Kimbrel. In terms of name-recognition, the roster glistened with the same flair as any of the Padres’ big-market rivals.

Then the season started. They finished 74-88. That was buzz that turned into Z’s just like so many Mariners seasons. Still, there’s plenty of reason for hope in 2022.

Rodriguez is slashing .419/.471/.839 in 12 spring training games. His inside-the-park home run Thursday might have been the most electrifying moment in Arizona so far. At +600, he is tied for the best odds to win AL Rookie of the Year. Living up to this hype can jolt both a franchise and a fan base.

It’s all out there for the Mariners to, maybe just maybe, become Seattle’s most popular sports team.

The Mariners produced one of the most entertaining seasons a non-playoff team can last year. They seemed like the feistiest team in MLB. Fans recognized this in the final series of the season, when T-Mobile Park sold out its stands. Given the recent history of failure, the team has to earn the city’s support — but it did.

The M’s are no stranger to sprinting from the blocks. They won 13 of their first 15 games in 2019 before spiraling and finishing 68-94. Fans knew that team wasn’t going to maintain its success. If this team starts out that way? Different stories.

Twelve teams make the playoffs this season. Wouldn’t be a shock if they snuck in.

The buzz has fooled the fan base before, but this time it feels real.

mcalkins@seattletimes.com; on Twitter: @matt_calkins. Matt Calkins joined The Seattle Times in August 2015 as a sports columnist after three years at the San Diego Union Tribune. Never afraid to take a stand or go off the beaten path, Matt enjoys writing about the human condition every bit as much as walk-offs or buzzer-beaters. His mom reads the comments so take it easy on him.