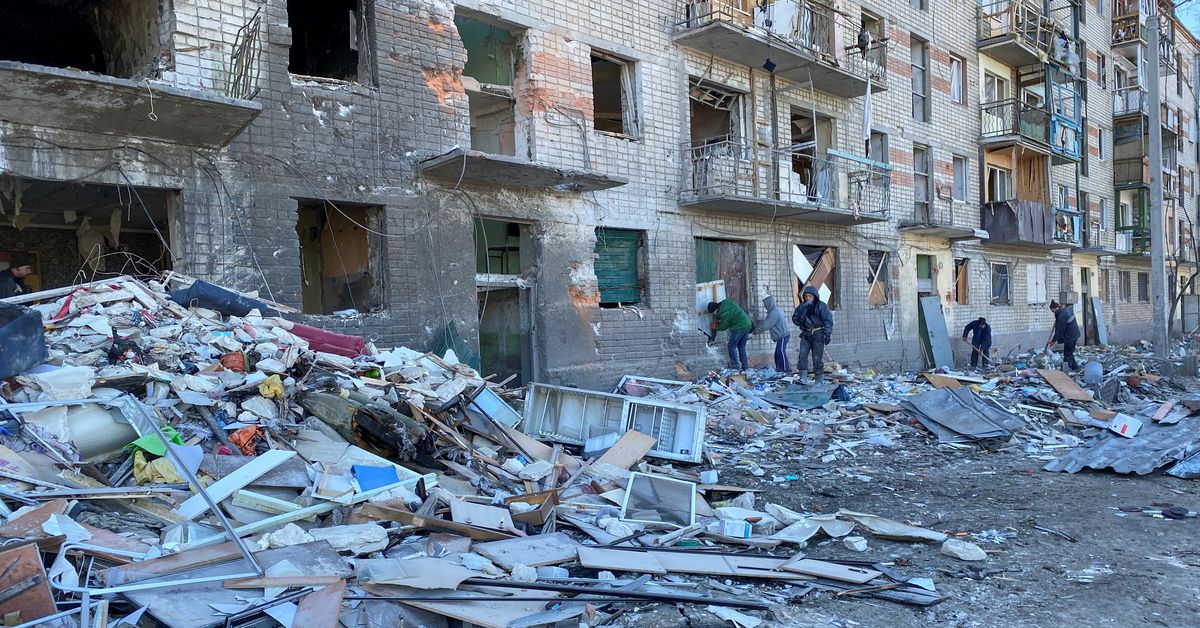 Last week, Boris Romanchenko, a 96-year-old Holocaust survivor, was killed when shelling hit his ordinary flat in the war-ravaged Ukrainian city of Kharkiv.

“It is with horror that we report the violent death of Boris Romanchenko in the war in Ukraine,” the memorial for the Buchenwald survivors said on Monday in a statement.

The multi-storey apartment building where Romanchenko lived was shelled and caught on fire,” said the statement.

Kharkiv, Ukraine’s second largest city, has been under heavy fire from Russian artillery throughout the invasion, which Russian President Vladimir Putin calls a “special military operation” necessary to disarm and “denazify” its neighbour.

“Please think about how many things he has come through,” President Volodymyr Zelenskiy said late on Monday.

“Goal [he] was killed by a Russian strike, which hit an ordinary Kharkiv multi-storey building. With each day of this war, it becomes more obvious what denazification means to them.”

Romanchenko was born on Jan. 20, 1926, in Bondari, near the city of Sumy according to the statement from the Buchenwald memorial.

He was deported to Dortmund in 1942, where he had to do forced mining labour. After an unsuccessful escape attempt, he was sent to the Buchenwald concentration camp in 1943, where more than 53,000 people were killed during World War II.

He was then sent to Peenemünde on the Baltic Sea island of Usedom, where he worked as a forced laborer on the V2 rocket programme, the Dora-Mittelbau concentration camp and the Bergen-Belsen concentration camp, the statement said.

“The horrific death of Boris Romanchenko shows how threatening the war in Ukraine is for the concentration camp survivors,” the memorial said in the statement.

“We die the loss of a close friend.”

According to the memorial, Romanchenko had served for many years as the vice president of the Buchenwald-Dora International Committee, devoting himself to documenting the Nazi crimes.

Both Ukraine’s foreign and defense ministries condemned the death.

(This story has been refiled to add the word ‘survivors’ in paragraph 3, no other changes to text)