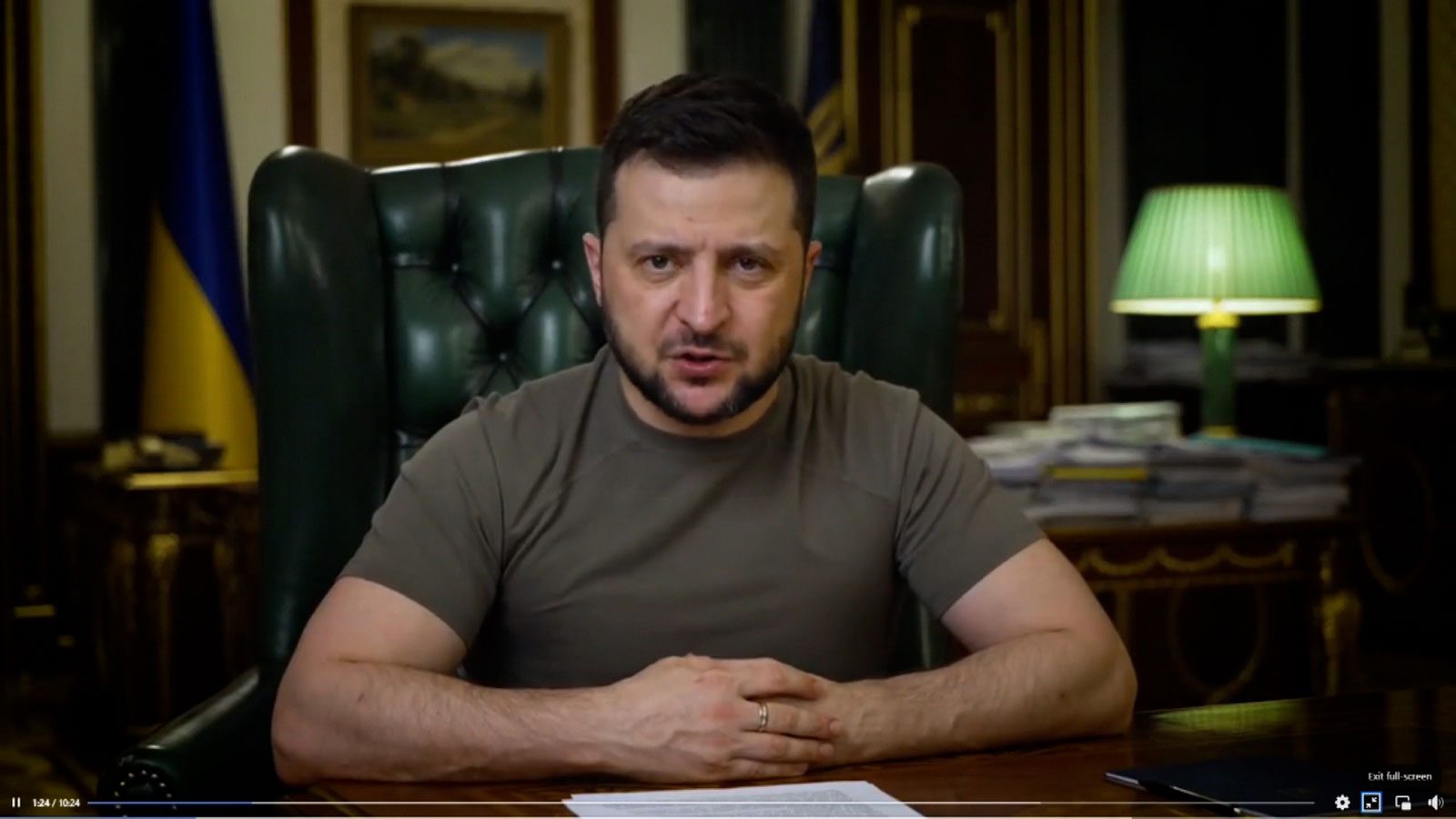 Ukrainian officials showed international media the removal of five bodies from a basement in Bucha, a suburb of Kyiv recently retaken by Ukrainian forces.

A CNN team visited the base and saw the bodies before removal. They were in advanced stage of decomposition.

Five men had been tortured and executed by Russian soldiers, an adviser to the Ukrainian interior minister, Anton Gerashchenko, told CNN on the ground. CNN cannot independently verify Gerashchenko’s claims.

The men were found in an area held by the Russian military until a few days ago. Several foxholes, trenches and positions for armored vehicles were still visible around the site, as were left over Russian rations. Several “V” letters—informal symbols for the Russian military campaign—were also painted at the entrance to the territory.

The dead men had their hands tied behind their backs and most of them had several gunshot wounds, not just to the head, but also to the lower limbs. There were several cartridge casings on the floor next to the bodies.

Volunteers removed the bodies and placed them in body bags, which were later taken away.

A volunteer told CNN they have been recovering bodies in large numbers, saying, “it’s in the hundreds, not dozens.” The volunteer and his unit showed CNN the body bags of at least 30 people who had been recovered on Sunday, plus an additional nine on Monday, including the five found in the basement.

That unit is one of several operating in the outskirts of Kyiv.