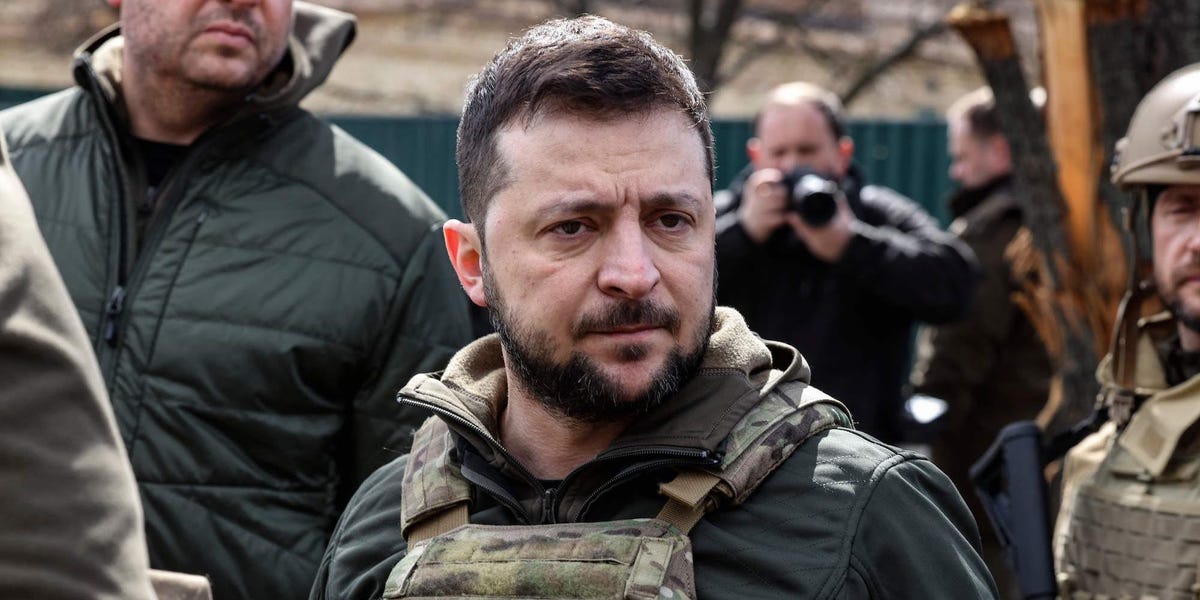 Ukrainian President Volodymyr Zelenskyy on Tuesday compared the Russian government to terrorist groups as he urged the UN to commit to reforms that would punish Moscow for apparent atrocities committed by Russian troops in Ukraine.

In a blistering speech to the UN Security Council (UNSC), Zelenskyy offered harrowing details of the massacre in Bucha — a suburb near Kyiv where hundreds of civilians were killed.

“Civilians were crushed by tanks…they cut off their limbs, slashed their throats, women were raped and killed…their tongues were pulled out,” he said.

The Ukrainian president said Russia’s actions in Ukraine were “no different from other terrorists” like ISIS, but added that “here it is done by a member of the United Nations Security Council.”

“They inflame wars and deliberately lead them in such a way that to kill as many regular civilians and cities,” Zelenskyy said.

Zelenskyy slammed the current framework of the UN and the UNSC, which he said failed to help prevent the war in Ukraine.

“Where is the security that the Security Council must guarantee? There is no security,” he said. “So where is the peace that the UN was created to guarantee? It is obvious that the key institution of the world, which must ensure the coercion of any aggressors to peace, simply cannot work effectively.”

He called for the UN system to be “reformed immediately.”

As one of the victors of World War II, Russia is among five permanent members of the UNSC and enjoys veto power as such. It’s joined by the US, the UK, France, and China. The other 10 members of the Council are elected by the General Assembly for two-year terms.

Russia in late February vetoed a UNSC resolution that condemned its invasion of Ukraine and called for the immediate expulsion of troops. Resolutions from the UNSC are generally considered legally binding, unlike General Assembly resolutions.

Russia’s use of its veto power “undermines the whole architecture of global security and allows them to go unpunished,” Zelenskyy said.

Zelenskyy effectively suggested that the UNSC would lose all credibility if it continued to allow Russia to sit on the Council and wield such authority.

The Ukrainian leader urged the Council to remove Russia “as an aggressor and a source of war, so it cannot block decisions about its own aggression, its own war.”

If there is “no alternative and no option” in terms of removing Russia, Zelenskyy said, then the body should “dissolve” itself altogether.

“We must do everything in our power to pass on to the next generation an effective UN with the ability to respond preventively to security challenges,” Zelenskyy said, making the case for “fair representation of all regions of the world in the Security Council. “

Zelenskyy said that there can be no more “exceptions” or “privileges” for certain countries, calling for all to be placed on an equal playing field.

“The power of peace must become dominant. The power of justice and the power of security. As humanity has always dreamed of,” he said.

Given it’s a permanent member of the UNSC, there are open questions as to how Russia could legally be removed from the body. When asked in early March whether the US wanted to see Russia booted as a permanent member, White House press secretary Jen Psaki said, “We don’t see that happening…They have a permanent seat on the Security Council. Of course, that is why it is so particularly disturbing that Russia, given its particular responsibility for upholding the UN Charter, is actively subverting the Charter and abusing its position.”

The Biden administration has instead zeroed in on seeing Russia suspended from the UN Human Rights Council, which would require two-thirds of the General Assembly to vote in favor.

The Russian government has pushed back against the widespread allegations of war crimes it’s facing over the conduct of its forces in Ukraine. Moscow has denied any involvement in the killings in Bucha, while pushing conspiracy theories that images of dead civilians in the Kyiv suburb were fabricated.